Editor's note: Before publication, Task & Purpose reached out to U.S. Customs and Border Protection for a comment on the experiences... 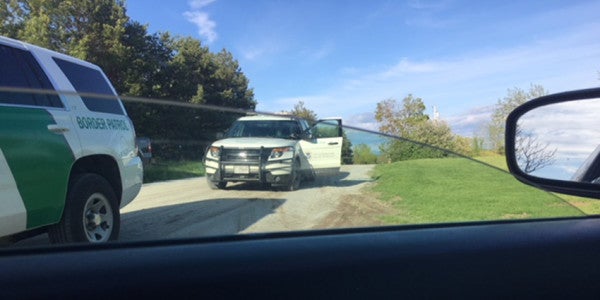 Editor's note: Before publication, Task & Purpose reached out to U.S. Customs and Border Protection for a comment on the experiences Dennis White recounts below. A representative of the agency responded that White and his wife were “detected illegally crossing the border,” but declined to comment further on their temporary detention. CBP's full statement to T&P; is reprinted below, following this essay.

The scene of the “crime” in northern Vermont.Courtesy Dennis White