The Long History Of Presidential Scandal And US Politics

Since I left college in 1995 and entered the workforce, I’ve had a lot of stimulating conversations with my dad... 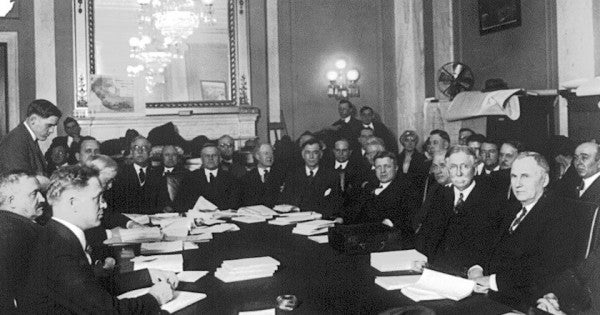 Since I left college in 1995 and entered the workforce, I’ve had a lot of stimulating conversations with my dad about how broken our government is, and he has often insisted that it’s worse now than it’s ever been before. Maybe. I guess there are more than a few Americans who would agree with his suggestion that politicians are less trustworthy today than ever before in our 240-year history.

As a student of history though, I’ve determined through a lot of research and reading that politicians, and indeed humans in general, are basically dishonest creatures and will often try to get away with whatever they can without getting caught. To be truthful, our present-day elected leaders are no more crooked than their predecessors.

Just consider some of our past presidents.

President Bill Clinton didn’t break the law by cheating on his wife with Monica Lewinsky, but he did prove how dishonest he was. And of course, Richard Nixon was “not a crook!”  Never mind that he was the driving force behind the most monumental presidential conspiracy in history. Nineteen members of his administration — including the occupants of significant cabinet positions like attorney general and chief of staff — were criminally convicted and jailed. And don’t forget Ronald Reagan and the questionable transfers of arms and money related to Iran and the anti-communist Contras in Nicaragua.

Are we to trust elected leaders who tell such blatant falsehoods to the people they lead? What else do they lie about or hide? There are many who say our nation lost its innocence during Vietnam, when abysmal government mismanagement of a high-casualty war without victory drove distrust toward our leaders. For a lot of Americans, that distrust remains largely intact today, if you believe a 2013 study by the Pew Research Center.

But are indiscretions and illegal activities by our commanders-in-chief really a new thing? They are not — far from it, in fact. A little digging proves that presidential dishonesty has a long history. The passage of time helps many of us forget that many of our leaders (including our founding fathers) were just human beings like the rest of us, subject to the same lusts and temptations as politicians today. Consider these examples:

Thomas Jefferson — our third president, author of our Declaration of Independence and contributor to the Constitution, the man responsible for the Louisiana Purchase, and founder of the University of Virginia — was not without his major character flaws. Like George Washington and other founding fathers, he was a slave owner and there is documentation proving they were sometimes treated poorly; most recently outlined in a story by Smithsonian Magazine. After Jefferson’s wife Martha died in 1782, a salacious rumor started that he was having a sexual relationship with a young mixed-race slave named Sally Hemings. She accompanied Jefferson and his daughter to France in 1787 at only 14 years old — Jefferson was 44. Upon their return two years later, Hemings began giving birth to light-skinned children who appeared to favor the president as well as their darker-skinned mother. Several of his political enemies became suspicious and in 1802, controversy exploded when a disaffected Jefferson ally named James Callendar penned an article in a Richmond, Virginia, newspaper accusing him of keeping a concubine at Monticello. Jefferson remained mum, but the controversy did not die slowly. Over the years (and especially after Jefferson’s death) several of Hemings’ children identified him as their father. By the late 1990s, DNA tests and oral/written family histories provided strong circumstantial evidence that Jefferson and Hemings did indeed have children together.

Before becoming president in 1829, Andrew Jackson killed another man in a duel. It began when horse breeder Charles Dickinson accused Jackson of reneging on a bet with his father-in-law during a horse race, calling him a “coward and an equivocator.” Things further escalated when Dickinson called Jackson a bigamist after marrying his wife Rachel before her divorce was final, which neither were aware of at the time. Fed up with the personal slights, Jackson challenged Dickinson to a duel, an activity that both men had participated in numerous times previous (estimates of the number of Jackson’s duels reach as high as 100). In the early 1800s, duelling was often looked at as a way for men to settle scores; however, state governments outlawed the practice.

Jackson and Dickinson both lived in Tennessee, where duels were against the law. To get around this, they traveled to a location just over the Kentucky border, where it was legal. At the signal to fire, Dickinson took aim and pulled the trigger first. The large .70-caliber ball hit entered Jackson’s body just inches from his heart, but it did not knock him down, prompting Dickinson to ask, “My God, have I missed him?” Jackson then took careful aim, fired, and hit his opponent in squarely in the chest. Charles Dickinson later bled to death, and Jackson, with an inoperable wound, carried the round in his chest cavity for the rest of his life. Interestingly, the press was more interested in the scandalous facts surrounding Rachel Jackson’s divorce than Andrew Jackson’s murder of Charles Dickinson, which didn’t affect his presidential aspirations in the slightest.

Ulysses S. Grant, formerly a highly successful Northern Army general who arguably won the Civil War for Abraham Lincoln in 1865, was involved in a scandal during his presidency that broke in 1875 known as the “Whiskey Ring.” While he was never proven to be directly involved, his administration suffered when Republican politicians — some connected to his inner circle — were caught siphoning millions of dollars of tax money on liquor. Bribes were involved in the effort, which began in the “beer country” of St. Louis, but also spread to brewers and distillers in Peoria, Illinois; Chicago; Milwaukee; New Orleans; and Cincinnati, Ohio. The idea was that internal government revenue agents collected taxes on beer and spirits, but took massive cuts for themselves. A mysterious tip got the attention of Secretary of the Treasury Benjamin Bristow, who — without the knowledge of the president — conducted a series of raids to break up the politically connected ring. Trials began in Jefferson City, Missouri, in late 1875 and more than $3 million in taxes were recovered, but Grant became a symbol of right-wing corruption to the public, especially after the indictment of his private secretary, Orville E. Babcock, for his participation.

While some may argue that several U.S. presidents in the latter half of the 20th century and early 21st century have been the most scandal-ridden, President Warren G. Harding gives them all a run for their money. The most notorious kicked off in 1923 and was known as the Teapot Dome Affair, centering around Secretary of the Interior Albert Fall, who brought sizeable personal debt to the administration. Soon after assuming office, he took numerous no-interest personal loans from Harry Sinclair of Consolidated Oil Corp in exchange for guaranteed oil drilling reserves in Wyoming, later resulting in conviction for taking bribes. Harding, while never directly connected to the scandal, still took significant heat for it in the papers. Other questionable activities under Harding surrounded illicit behavior by Attorney General Harry M. Daugherty and his aide Jess W. Smith, who was later mysteriously found with a gunshot wound to his temple, Director of the Veterans’ Bureau Charles Forbes, who defrauded taxpayers of $225 million, and Office of Alien Property director Thomas Miller, who was convicted to 18 months in jail for accepting bribes.

Rumors of womanizing and extra-marital affairs also swirled about the president, and at least one came to light in 2014, when more than 1,000 pages of love letters between Harding and a woman named Carrie Fulton Phillips were released to the press. The pro-German woman — a potential public relations nightmare in the years before and after World War I — was courted by the president for years, including before he occupied the Oval Office. The letters released by the family in 2014 include explicit and sensational text, such as references to Fulton’s “thrilling lips,” “matchless breasts,” and “incomparable embrace.”

These examples, coupled with Clinton, Reagan, Nixon, and others, illustrate that politics is politics, no matter what the era. American politicians are no better or worse in than they ever were — it’s always been a ruthless, cutthroat game, we just hear about it more often in the information age.