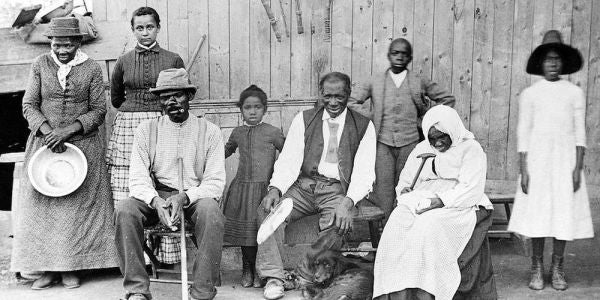 On the night of June 1, 1863, Harriet Tubman, with Col. James Montgomery and 300 Union soldiers, sailed up the Combahee River from Beaufort, South Carolina.

Their goal was to remove torpedoes, seize supplies from and then destroy plantations. Union troops were also looking for recruits among liberated slaves.

The decision to perform the raid was passed down from Maj. Gen. David Hunter to Montgomery, who used intelligence gathered by Tubman. The troops who performed the raid were from the 2nd South Carolina, an all-black volunteer force, and the 3rd Rhode Island Heavy Artillery.

Using three of Lincoln’s gunboats —The Sentinel, Harriet A. Weed, and John Adams — the troops planned to sail up the river. The Sentinel ran aground shortly after departing. But by the morning of June 2, the other two boats safely made it, with the Adams to Combahee Ferry, and the Weed to Nichols Plantation.

Related: The battle hymn that united the North during the Civil War »

Word of the raid traveled through the plantations and slaves who were working at along the shoreline boarded the boats and were taken to First Baptist Church before being relocated to St. Helena Island.

Her efforts allowed for the liberation of at least 720 people, The New York Times reported. Of those, roughly 100 would enlist and serve the Union Army.

Only one soldier died in the raid, according to Jeff W. Grigg, author of “The Combahee River Raid: Harriet Tubman & Lowcountry Liberation.”

As a result, Tubman became the only woman to lead a military charge during the Civil War — an operation that became known as one of the biggest liberations during the war.

Most famous for being the “conductor” of the Underground Railroad, which some believe led to the freeing of 100,000 slaves, Tubman herself was an escaped slave and early abolitionist.

According to the Tracing Center, a Boston newspaper reported soon after that the expedition’s successes included “destroying millions of dollars worth of commissary stores, cotton, and lordly dwellings, and striking terror into the heart of rebeldom, without losing a man or receiving a scratch.”