Failed Constitutional Amendments That Would Have Changed How America Wages War 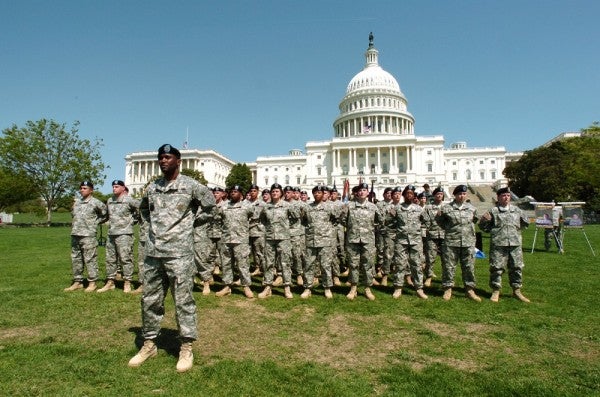 What if war were unconstitutional?

Yes, it sounds like something John Lennon would say, but it was actually an attempted amendment to the Constitution in 1927. Alternatively, what if the U.S. was unable to supply equipment, aid, or funds, to nations engaged in war? This was proposed in 1938 and had it passed, World War II might have turned out differently for our Allies that depended on America for aid and supplies.

There are 27 amendments to the Constitution. In order to add an amendment, it must pass two-thirds of both houses of Congress have to agree, then the proposed amendment must be approved by three fourths of the states before it is ratified.

Many of the proposals were indicative of the time, explained Christine Blackerby, a specialist with the Center for Legislative Archives who worked on the project for two-and-a-half years.

For example, in 1901, there was a proposal to deport or imprison anarchists for life, which came immediately after President William McKinley was assassinated by Leon Czolgosz, an anarchist.

“A lot of these are very reflective of that moment in time and that’s why they failed, they didn’t represent a longstanding concern that built up support over years or decades,” Blackerby told Task & Purpose.

Here some other amendments that didn’t take, at least two of which had to do with the government’s ability to seize property.

Unlike the above failed amendments, the 26th Amendment, which lowered the voting age from 21 to 18, was ratified in just 100 days in 1971, making it the fastest amendment ever passed, and the reason was that support for a lower voting age had been building for decades.

While there were concerns at the time, it wasn’t until the Vietnam War that there was enough of a consensus that the voting age be changed, explained Blackerby. The amendment was the culmination of efforts stretching from World War II, through Korea, and well into Vietnam, so when it was finally ratified, it had the collective force of multiple generations behind it.