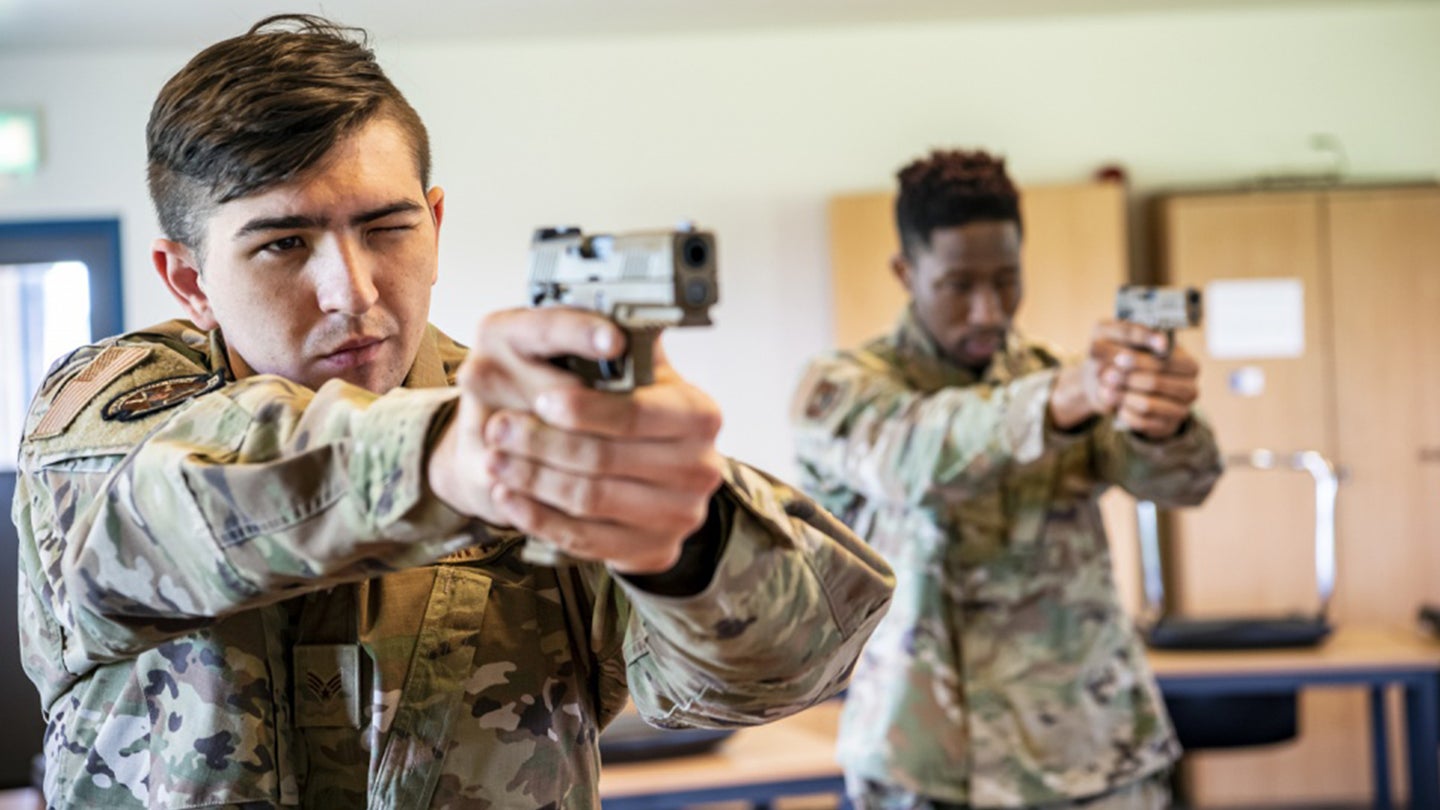 The Air Force would like to make its already-tiny M18 service pistol even smaller, according to a bid posted last month on the U.S. government’s contracting website.

The M18 — a compact version of the M17 that came out of the Army’s Modular Handgun System program — is the Air Force’s first new service pistol in 35 years. It replaces the M9, which airmen have wielded since 1985.

The M18 is lighter than the M9, and its barrel is an inch shorter, which puts it on the small side when it comes to standard-issue sidearms.

The Air Force wants to shrink the M18 even more through an order for 3,015 conversion kits, which would allow airmen to convert the M18 to a sub-compact design to meet concealed carry requirements, the service wrote on the bid, which was first posted June 16.

In the past, the Air Force has written about security forces airmen and law enforcement civilians being allowed to carry concealed weapons off-duty while on an Air Force base.

Neither the Air Force nor Sig Sauer, the manufacturer of the M17 and M18, responded to inquiries from Task & Purpose about what the sub-compact design would be used for or which airmen would get their hands on it.

However, when the Air Force announced it was buying 125,000 M18 service pistols last June, the service announced that Security Forces airmen (the Air Force equivalent of military police) were among the first to field the weapon.

The announcement follows a trend not just for the Air Force, but for all branches, which have made the switch from the tried and tested, but tired M9, to modular handguns like the M17 and M18.

The newer weapons are also a third of the price of the aging M9, the Air Force said. The thinking seems to be that smaller and cheaper are better, as anyone who’s ever had to lug around a bunch of heavy gear can attest.