He appears to have been with the 101st Airborne Division. 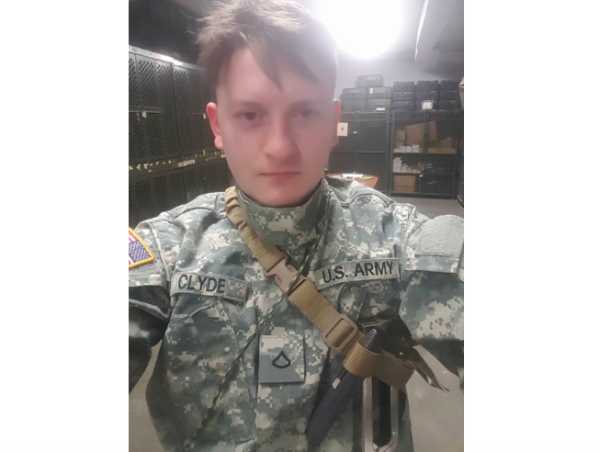 A former Army infantryman was killed on Monday after he opened fire outside a Dallas, Texas federal building.

Brian Isaack Clyde, was just outside the Earle Cabell Federal Building right before 9 a.m., according to NBC News. Dressed in tactical gear, Clyde exchanged fire with federal officers; after he was shot, he ran to a parking lot where he fell down. He was taken to a nearby hospital and pronounced dead. NBC also reported that police “conducted a controlled explosion” of his car.

No one else was injured in the shooting.

DMN staff photographer @TomFoxPhoto captured this image shortly before a gunman opened fire on the Earle Cabell Federal Building Monday morning in downtown Dallas. Fox was waiting to enter the building to cover a trial when the attack took place. https://t.co/y8fWYYuKjs pic.twitter.com/fE1kFlEy9j

U.S. Army spokesman William Sharp confirmed that Clyde, a private first class, was an Army infantryman from August 2015 to February 2017.

Clyde posted a number of photos of himself in his Army uniform in 2015 and 2016, including one of a uniform (it's unclear who is wearing the uniform in the photo) with a 101st Airborne Division patch — which Clyde also appeared to be wearing on Monday.

His Facebook profile also says that he lives at Fort Campbell, which is home to the 101st.

One of his most recent posts, made on Sunday, is a photo of a sword, with the caption “A modern gladius to defend the modern Republic.”

Clyde also recently posted a photo of a 10 magazines on the floor, saying he “decided to finish getting all of my mags.”

In a video posted about a week before the shooting on Monday, Clyde films himself saying “I don't know how much longer I have, but a fucking storm is coming.”