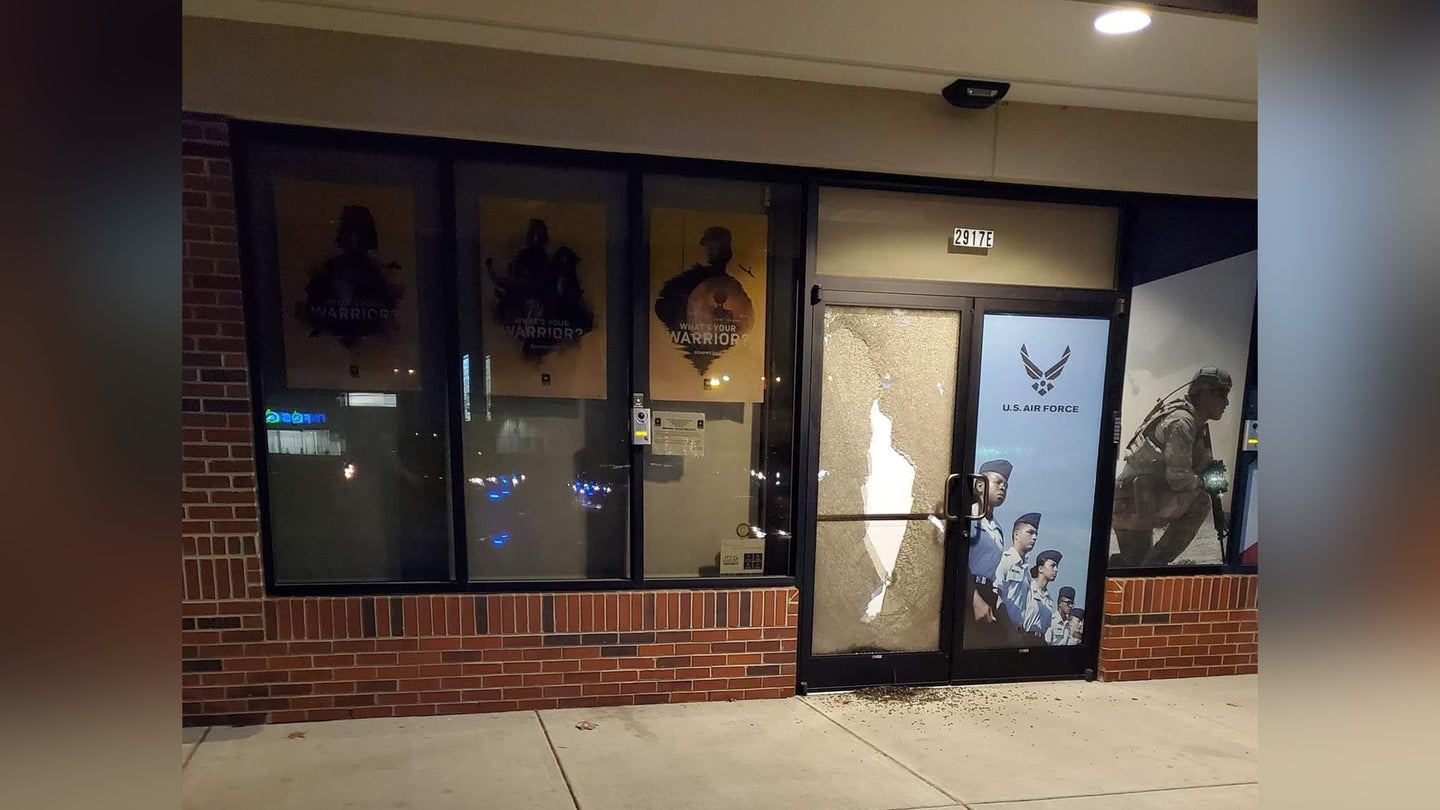 A person who applied to join the Army but was disqualified allegedly returned on Monday evening and fired shots at a recruiting station in North Carolina, officials confirmed to Task & Purpose.

“Shots were fired at the Greensboro, North Carolina, Army Recruiting Station the evening of Dec. 14, causing damage to the entrance of the facility,” Kelli Bland, a spokeswoman for U.S. Army Recruiting Command, said in a statement. “The station was closed and no Army personnel were present at the time of the incident.”

Military Times reported on Wednesday that while no Army personnel were present, two Marines, two Navy recruiters, and a Marine poolee were inside the building at the time of the shooting; none were injured, according to Military Times.

Bland said that the suspect — who had attempted to apply to join the Army multiple times — is in police custody. A public information officer for the Greensboro Police Department, Ronald Glenn, confirmed to Task & Purpose that the suspect, James Cooper, 36, was taken into custody on the 14th.

News of the shooting first surfaced on the Recruiter Times Facebook page, an unofficial page that highlights the activities of Army recruiters.

Recruiters at the station teleworked on the 15th but “requested the ability to return today at the current approved levels, which is 50 percent capacity to enable us to follow CDC guidelines.”

“Our leaders and personnel are constantly evaluating the current environment to ensure we are taking the appropriate measures to protect our force at recruiting stations across the country,” Bland said. “While I can’t get into the specific force protection measures in place at each of our stations, I can tell you we focus on visibility, access control, and physical protection measures.”

Update: This post was updated at 6:18p.m. with additional details about who was inside the recruiting office at the time of the shooting.