Navy veteran Christopher Roybal survived Afghanistan, but he carried his deployment with him, in Facebook posts like the one he’d... 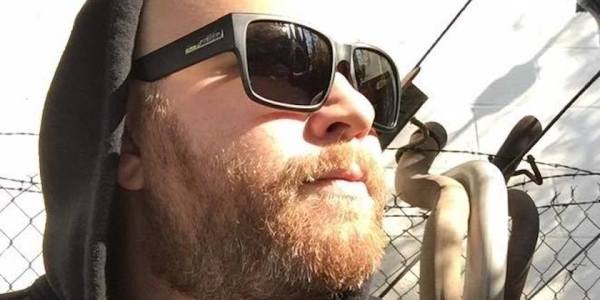 Navy veteran Christopher Roybal survived Afghanistan, but he carried his deployment with him, in Facebook posts like the one he’d authored on July 18 — a passionate, introspective reply to a question many veterans hear upon their return home: What’s it like being shot at?

“A question people ask because it's something that less that 1% of our American population will ever experience. Especially one on a daily basis,” Roybal wrote. “My response has always been the same, not one filled with a sense of pride or ego, but an answer filled with truth and genuine fear/anger.”

It was the last post he published. Roybal, 28, from Corona, California, was one of the 59 people shot and killed by 64-year-old Stephen Paddock, who opened fire on a country music festival from a makeshift sniper's nest in his room on the 32nd floor of the Mandalay Bay Hotel and Casino in Las Vegas on Oct. 1.

Roybal joined the Navy in September 2007 as a master-at-arms, focusing on security and force protection and rising to the rank of petty officer 3rd class in June 2010, according to his service record. By the time he separated in September 2012, he had been stationed at in Yokosuka, Japan, and Naval Base Kitsap in Bremerton, Wa.

While at Kitsap, Roybal deployed to Afghanistan’s Kandahar Province alongside the 25th Infantry Division as an individual augmentee, a temporary assignment to a downrange unit designed to utilize a sailor’s particular skill set, a Navy official told Task & Purpose. During his time there, Roybal earned an Army Commendation Medal, a Combat Action Ribbon, and a Meritorious Unit Commendation.

Roybal’s Facebook post describes his initial excitement over arriving in Afghanistan, and the rush of adrenaline that came with the first crack of gunfire during a four-hour Stryker patrol. “I was excited, angry and manic,” he wrote. “Ready to take on what became normal everyday life in the months to follow.”

“As the fights continue and as they as increase in numbers and violence, that excitement fades and the anger is all that's left,” Roybal wrote. “The anger stays, long after your friends have died, the lives you've taken are buried and your boots are placed neatly in a box in some storage unit. Still covered in the dirt you've refused to wash off for fear of forgetting the most raw emotions you as a human being will ever feel again.”

Roybal’s posthumous Facebook reflections take on new meaning after his death. Iraq War veteran Colin Donohue, who survived the hail of gunfire unleashed by Paddock, contrasted the massacre with firefights he’d experienced downrange in 2012, telling Fox News: “We had a little bit up towards Mosul but nothing comparatively.”

Roybal had been attending the Route 91 Harvest festival with his mother Debby Allen to celebrate his 29th birthday that week; when Paddock’s opening salvo of bullets sparked chaos among concertgoers, Allen found herself separated from Roybal, desperately trying to push her way through the terrified crowd to reach her son. “It was horrible,” she told the New York Daily News. “I couldn't keep my feet underneath me. I kept collapsing. I just wanted to go back in so badly.

“I feel like I'm living in a nightmare,” she added. “I want to wake up so badly.”