‘The eyes of the world are upon you’ — Read Gen. Eisenhower’s letter to troops before D-Day

"We will accept nothing less than full Victory!" 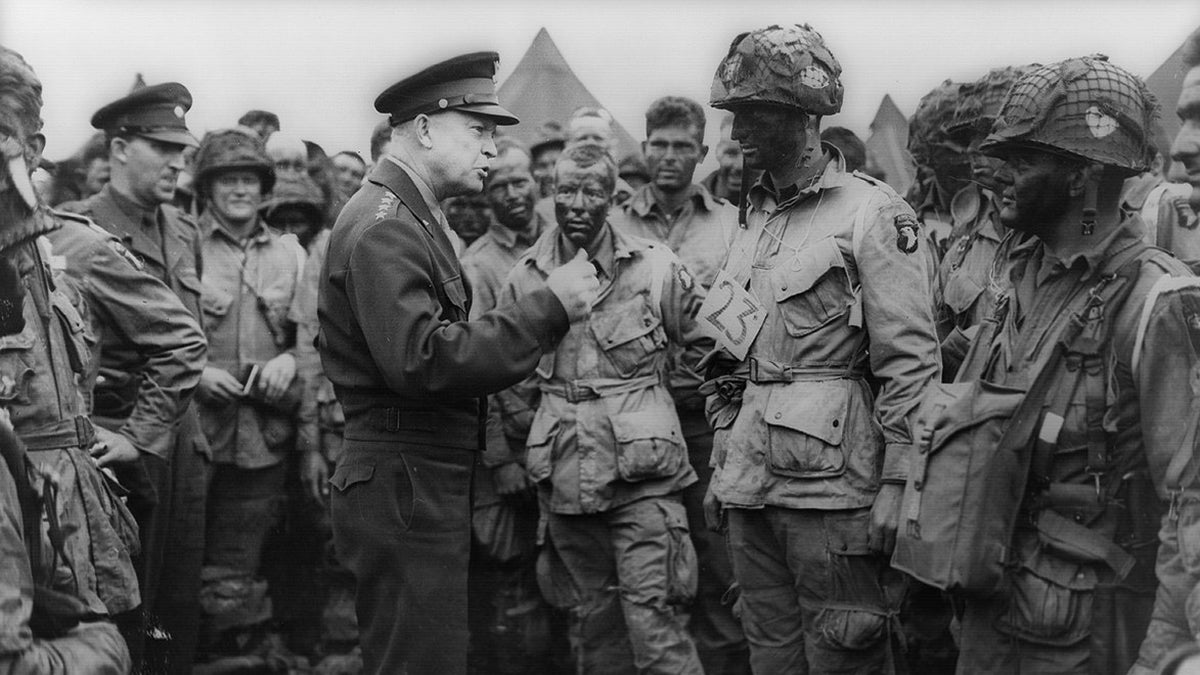 On this day 77 years ago, more than 150,000 American, British, and Canadian soldiers were taking part in the largest amphibious operation in history. It was called Operation Overlord.

(Editor’s note: This article was originally published on June 6, 2020.)

It was June 6, 1944 — D-Day — when the liberation of France from its Nazi occupiers began. Less than a year later, the allies would celebrate the victory of Europe, and the end of the regime of Adolf Hitler.

But before all of that, Gen. Dwight Eisenhower, the commander of the Allied Expeditionary Force that would carry out the invasion, wrote two letters. One, which was never sent, was written in case the effort failed. The other was sent to all his troops, wishing them luck before they embarked upon the “great crusade” against the Nazis they had trained and awaited for many months.

First drafted in February 1944, Eisenhower had it distributed on the eve of the invasion. It was only one page.

You can view a copy of the letter below:

“You are about to embark upon the Great Crusade, toward which we have striven these many months,” Eisenhower wrote.

“The eyes of the world are upon you. The hope and prayers of liberty-loving people everywhere march with you. In company with our brave Allies and brothers-in-arms on other fronts, you will bring about the destruction of the German war machine, the elimination of Nazi tyranny over the oppressed peoples of Europe, and security for ourselves in a free world.

“Your task will not be an easy one. Your enemy is will trained, well equipped and battle-hardened. He will fight savagely.

“But this is the year 1944! Much has happened since the Nazi triumphs of 1940-41. The United Nations have inflicted upon the Germans great defeats, in open battle, man-to-man. Our air offensive has seriously reduced their strength in the air and their capacity to wage war on the ground. Our Home Fronts have given us an overwhelming superiority in weapons and munitions of war, and placed at our disposal great reserves of trained fighting men. The tide has turned! The free men of the world are marching together to Victory!

“I have full confidence in your courage, devotion to duty and skill in battle. We will accept nothing less than full Victory!

“Good luck! And let us beseech the blessing of Almighty God upon this great and noble undertaking.”

Related: The 4 most dangerous missions heroic US troops carried out on D-Day 77 years ago