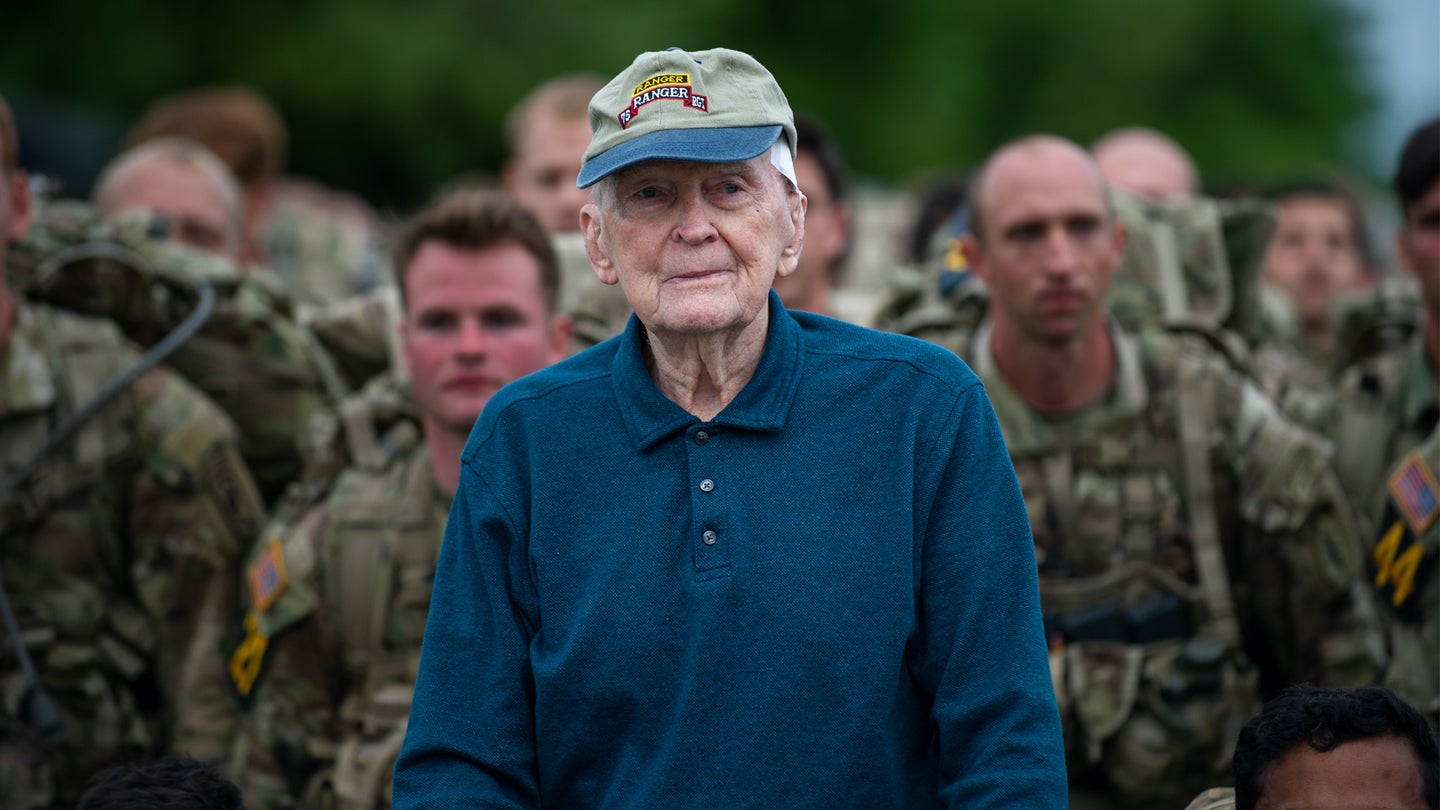 President Joe Biden will present the Medal of Honor to Puckett, 94, on Friday “for conspicuous gallantry during the Korean War,” according to the White House announcement. Korean President Moon Jae-in will also join the ceremony.

Puckett, a former Army Ranger colonel, was awarded the Distinguished Service Cross for “extraordinary heroism” during a battle near Unsan, Korea, in November 1950, according to his award citation. He was a lieutenant at the time, commanding the Eighth Army Ranger Company which consisted of 51 Army Rangers and nine Korean soldiers, when he held off an overwhelming force of Chinese soldiers before eventually being forced to retreat. Having been seriously wounded, he told his soldiers to leave him behind, but was ultimately dragged to safety.

Throughout his 22-year career, the Washington Post reported, Puckett has received a second Distinguished Service Cross, two Silver Stars for valor, five Purple Hearts, and two Bronze Star Medals with the “V” device for valor. He retired in 1971 and has been “a spiritual and cultural leader of sorts for the 75th Ranger Regiment,” regularly meeting with soldiers at Fort Benning and even traveling overseas to Iraq and Afghanistan, the Post reports. He was inducted into the Ranger Hall of Fame in 1992.

Jean, Puckett’s wife, told the Post that he felt “the Distinguished Service Cross was honor enough,” but that another retired Army officer, John Lock, and some of their family members were pushing for the Medal of Honor.

Puckett recalled in an oral history project that it was freezing cold on Nov. 25, 1950, the day his company was preparing to take their objective which would require them to move across 800 yards of “open, clear, frozen rice paddies.” While moving to the hill, the citation reads, Puckett “deliberately exposed himself to enemy machine gun fire to enable his men to spot locations of the machine guns.” They lost four Rangers and one Korean soldier, Puckett recalled.

After taking Hill 205 the company was soon hit by Chinese forces in what would be the first of several assaults. Puckett was wounded by a hand grenade, but called in an artillery strike and stopped the attack. He recalled that he went to check the perimeter when he heard Chinese forces blowing whistles and bugles again, signaling another coming attack.

He called for artillery once again and stopped the second assault. Two more would follow it.

In the early hours of the following morning, Puckett heard whistles and bugles from the Chinese forces which he knew was signaling yet another attack. This time, however, when he called for artillery he was told it wouldn’t be possible to get it immediately because of another mission happening at the same time.

“I went back and started checking the perimeter again, doing whatever I was supposed to be doing. The pressure increased, I ran back to the fox hole, got on [the radio], same story: ‘We’ll give it [artillery] to you as soon as this mission is fired,’” Puckett recalled. “I said, ‘We’re under great pressure. We’re crumbling. We’re being overrun. I just gave my unit the word to withdraw.’ And that was the end of the conversation.”

By that point Puckett had been wounded three times. After finishing his call on the radio, Puckett said he was lying in the foxhole “unable to do anything.”

“I could see three Chinese about 15 yards away from me and they were bayonetting or shooting some of my wounded Rangers … when all of a sudden two of my Rangers charged up the hill,” he said. It was two privates first class, Billy G. Walls and David L. Pollock, according to the Post. Puckett said they shot and killed the three Chinese soldiers and came over to where he was lying on the ground.

“Walls said ‘Sir, you hurt?’ I thought that was the dumbest question I’d ever heard in my life. But I didn’t say that to Walls, I said, ‘I’m hurt bad, I can’t move, leave me behind.’ Walt hands his rifle to Pollock — Walls was a big man, still is — picks me up, throws me over his shoulder, starts staggering down a very steep mountain face with Pollock giving covering fire.”

Eventually, Walls set Puckett down saying he was too heavy to carry. He and Pollock each grabbed one of Puckett’s wrists and they dragged him the rest of the way to the bottom of the hill.

Puckett said in the video that he’s “been very proud” of his Rangers who held off a series of attacks from what was estimated to be several hundred enemy soldiers. Good training is the basis for success, he said, which is exactly what those Rangers had that freezing day in November 1950.