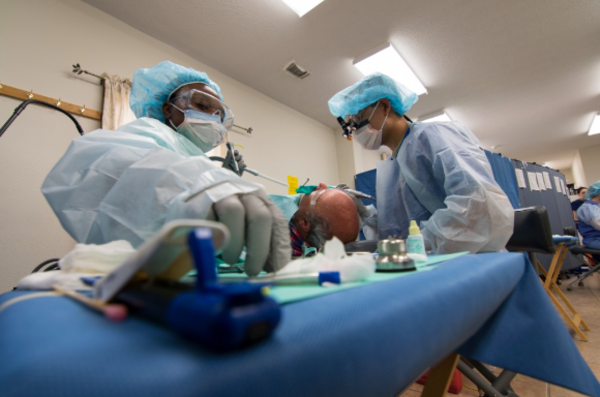 An Army dental clinic discovered that on three separate days in the last week, it used non-sterilized equipment.

Patients who were treated at the Hohenfels Dental Clinic in Germany on July 5th, 8th, and 9th are being contacted to “discuss precautionary steps to ensure their health and safety,” according to an Army press release.

Messages between service members posted by U.S. Army WTF Moments showed a Staff Sgt. saying that the clinic is “running tests for hiv and shit.”

But commander of Dental Activity Bavaria under Dental Health Command Europe, Lt. Col. Paul Boquet, said in the press release that the “potential health risk to affected patients is very low,” though the clinic is taking “precautionary measures to ensure the safety of patients seen on those days.”

The breakdown in sterilization occurred in the last step of the sterilization process — a steam-filled pressure chamber “failed to completely sterilize several sets of dental instruments.”

SEE ALSO: Brush Your Teeth Or The Terrorists Will Win