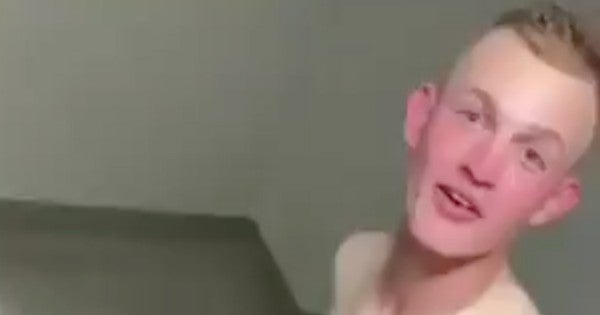 Terminal Lance's Maximilian Uriarte just posted a video on Twitter featuring Marines right before they got their asses chewed off by the command, or it's a video of Marines nakedly bowling in the barracks shower.

It really all depends on your perspective.

Captioned with “Boots are wilin out at MCT,” Uriarte shared the video on Thursday, which features a butt-naked Marine setting the scene: “Welcome to [Marine Combat Training], Golf Company. This is what we call 'rain room bowling.” He then pushes another naked Marine down the floor between another naked Marine's legs, before the video cuts out.

We called Training and Education Command, which oversees MCT at the Corps' School of Infantry, to check whether these Marines have already been murdered by their first sergeant or punished in some way for this stunt — which, you gotta admit, you know damn well is going to happen — but no one picked up.

Anyway, did you know the U.S. Marine Corps' is the world's premier expeditionary force in readiness?