"It's exactly what we would do in a combat environment, and I think it's just going to build a much better shooter" 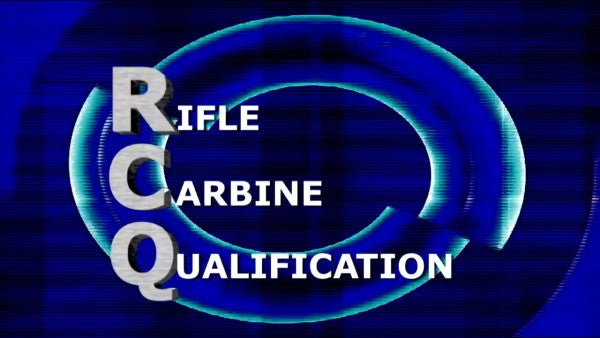 The Army is working to improve its small arms training to better simulate combat by having soldiers engage several targets at once, grab magazines from their pack to reload, and fix weapons malfunctions while on the range, the service recently announced.

“It's exactly what we would do in a combat environment, and I think it's just going to build a much better shooter,” Command Sgt. Maj. Robert Fortenberry, the senior enlisted leader at the U.S. Army Infantry School at Fort Benning, Georgia, tasked with overseeing the Army's efforts to update marksmanship training for the first time in decades.

Starting in October, the Army will begin implementing the new marksmanship training, said Benjamin Garrett, a spokesman for the Army's Maneuver Center of Excellence at Fort Benning. By October 2021, all active-duty, National Guard, and reserve soldiers will be required to pass the tougher standards.

Eventually, all soldiers will have to pass the tougher standards for pistol, rifle, and automatic rifle drills, which include having soldiers decide the order in which they shoot at multiple targets, the Army news release says.

“Four targets at a time will present themselves in this new course of fire,” Fortenberry said in the news release. “There is a quad series that comes up. How do I engage that?”

Requiring soldiers to grab magazines from their kit, make decisions about which target shoot first, and the other changes to marksmanship training represent a “long, long overdue improvement” in how the Army teaches soldiers how to shoot, said retired Army Maj. Gen. Robert Scales.

“Give the job to a sergeant major [Fortenberry] and he'll figure out how to make it more realistic,” said Scales, the senior adviser to the Defense Department's Close Combat Lethality Task Force.

The Army's decision to require soldiers to pass tougher marksmanship standards is also welcome news to retired Army Sgt. Maj. Jeff Mellinger, who served as the senior enlisted leader in Iraq from August 2004 to May 2007.

“It's the kind of training that, frankly, very few units in the Army conduct themselves,” Mellinger told Task & Purpose on Monday.

While some Army units require soldiers to practice against moving targets or qualify on the firing range at night, the vast majority do not, Mellinger said.

It's important for soldiers to learn how to quickly engage closer targets – which pose the greatest danger – before slowing down to hit targets farther away, he said.

Mellinger also applauded the Army's plans to force soldiers to get their weapons working if they encounter malfunctions while on the firing range. Even though soldiers are taught how to fix stoppages, they are allowed to call “alibi” if they unable to shoot for whatever reason.

“If your weapon fails to fire and there's a bad guy aiming at you, do you get to throw up the flag and say: Whoa, wait a minute; wait a minute; alibi!” he said. “No. If that target is up for three seconds and you have a stoppage of some sort and you don't take appropriate action to hit the target, it's a miss.”

“In a couple units that I have served in, that's how I conducted ranges because you didn't get a second chance when it's a two-way range,” he continued.