"It's as much about refinement and ... perfecting it, as much as it is, yeah, if you can give them a little rest along the way, that's pretty good too." 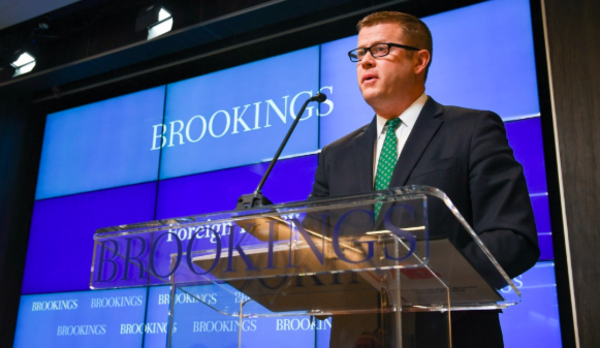 The Army is making changes to its training regimen in part to ease the constant pressure soldiers are under to be ready for deployments, Army Secretary Ryan McCarthy said on Friday.

“We've been at war for over 18 years, and the strains are there, people are tired but we're an extraordinarily resilient bunch, and we're trying to make some tweaks within the training models so they can get more nights on the pillow,” he said at the Brookings Institution think tank on Friday. “It takes a lot of effort but it's going to be tough right now — demand is as high as it could be.”

When asked to expand on what exactly is looking to be changed in the training model, McCarthy said they want to refine the repetition in training.

“When you read the book outliers, they say, 'Well, you need 10,000 repetitions to master a skill.' You need 10,000 good ones,” McCarthy said. “So when you look at the number of reputations you have in the training cycle, whether as an individual or as a brigade combat team, you want to make sure you're doing the right ones perfectly.”

Once they perfect the training model, he said, soldiers will in turn be able to “get time back,” meaning more time at home, which is the key “to keeping the force rested and ready to go.”

Concerns over how the Army's unending push for readiness is impacting soldiers and their families were raised recently in transition documents compiled for the then-incoming Chief of Staff Gen. James McConville, as Task & Purpose has previously reported.

“Readiness requirements are almost impossible to meet,” a male Army captain said in a survey included in the transition documents. “The [Sustainable Readiness Model] is breaking the force.”

“It's as much about refinement and … perfecting it, as much as it is — yeah, if you can give them a little rest along the way, that's pretty good too.”