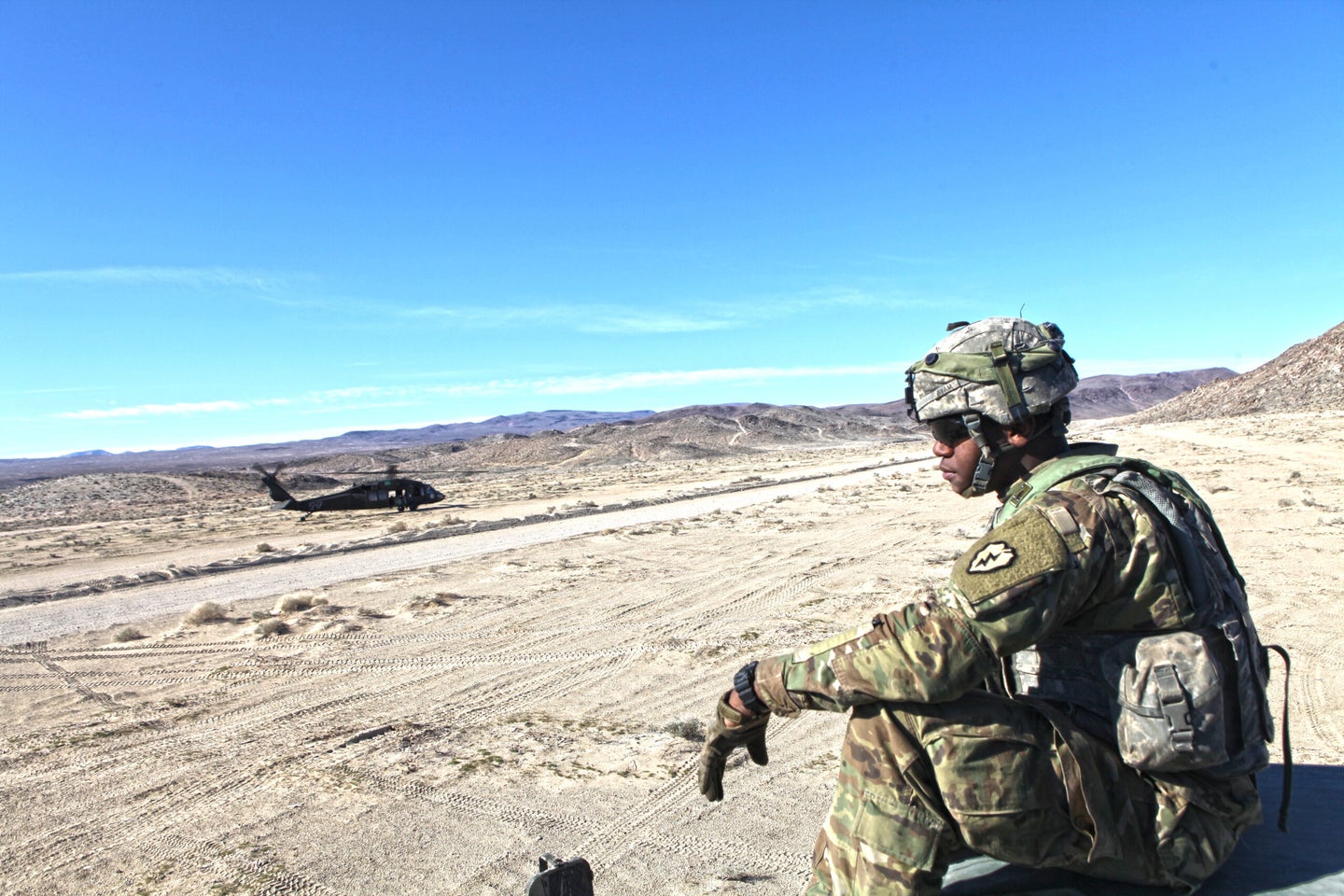 The Army is finally putting its money where its mouth is when it comes to prioritizing people — and according to a new service action plan, that will include fewer combat training center (CTC) rotations and “heel-to-toe deployment rotations” to get soldiers more time at home.

An Army action plan sent out to Army leaders and obtained by Task & Purpose says that the service’s focus on readiness has “resulted in an unsustainable operational tempo (OPTEMPO) and placed significant demands on units, leaders, and soldiers and families and stress on the force.”

Now the Army is planning to reduce that tempo and coordinate with the Pentagon to decrease “our current continual heel to toe deployment rotations of brigade combat team-sized formations,” according to the new plan, signed by Army Secretary Ryan McCarthy, Army Chief of Staff Gen. James McConville, and Sergeant Major of the Army Michael Grinston.

According to Stars and Stripes, 20 to 22 brigade combat teams rotate through both NTC and JRTC every year, adding up to over 120,000 soldiers total going to train at one of the two stateside training centers annually.

But the new action plan says that “not all brigade combat teams will deploy all of their battalions into ‘the box,’” and that units with upcoming non-combat deployments may not need a CTC rotation at all — especially units “deploying to theaters where they can conduct similar collective training.”

On Tuesday at the start of the Association of the U.S. Army’s annual conference, McCarthy noted the service would focus training instead “on the basics of the individual, squad, platoon, and company-level,” according to a copy of his speech.

The changes all fall under the new Army priorities: People, readiness, and modernization, in that order.

What sounds like bureaucratic nonsense is actually noteworthy; service leaders have been saying since last year that people are their number one priority, but they weren’t really. Not technically, anyway — readiness was the main priority, followed by modernization and reform.

Now that push for readiness is complete. McCarthy said in his opening remarks that the Army “is able to rapidly respond to complex and emerging situations … because we are ready.” As a result, the new action plan essentially boils down to reducing requirements for commanders to give them “additional time to invest in their people.”

“As we took a closer look at ourselves over these past couple of months, we understand that the last 19 years of combat operations and global deterrence has come at a cost,” McCarthy said in his opening speech.

It’s no secret that the service’s relentless push for readiness has worn on soldiers and their families. Internal documents obtained by Task & Purpose in 2019 showed that soldiers believed that focus was “breaking the force,” and that readiness requirements were “almost impossible to meet.”

McCarthy seemed to acknowledge those concerns in January, when he said at a think tank event that the Army was looking to make “some tweaks within the training models” so soldiers could get “more nights on the pillow.”

“We’ve been at war for over 18 years,” McCarthy said in January. “And the strains are there, people are tired but we’re an extraordinarily resilient bunch.”

The changes the Army plans to make now aim to lessen some of those strains, giving commanders more time to invest in their soldiers, and soldiers more time at home with their families.

“In times of uncertainty and crises, the Army leans in, we take care of each other, and we accomplish the mission,” McCarthy said on Tuesday. “We are transforming our Army from the equipment to the culture, and will remain the world’s most lethal fighting force.”