Thousands of National Guardsmen are expected to assist with inauguration security next week. 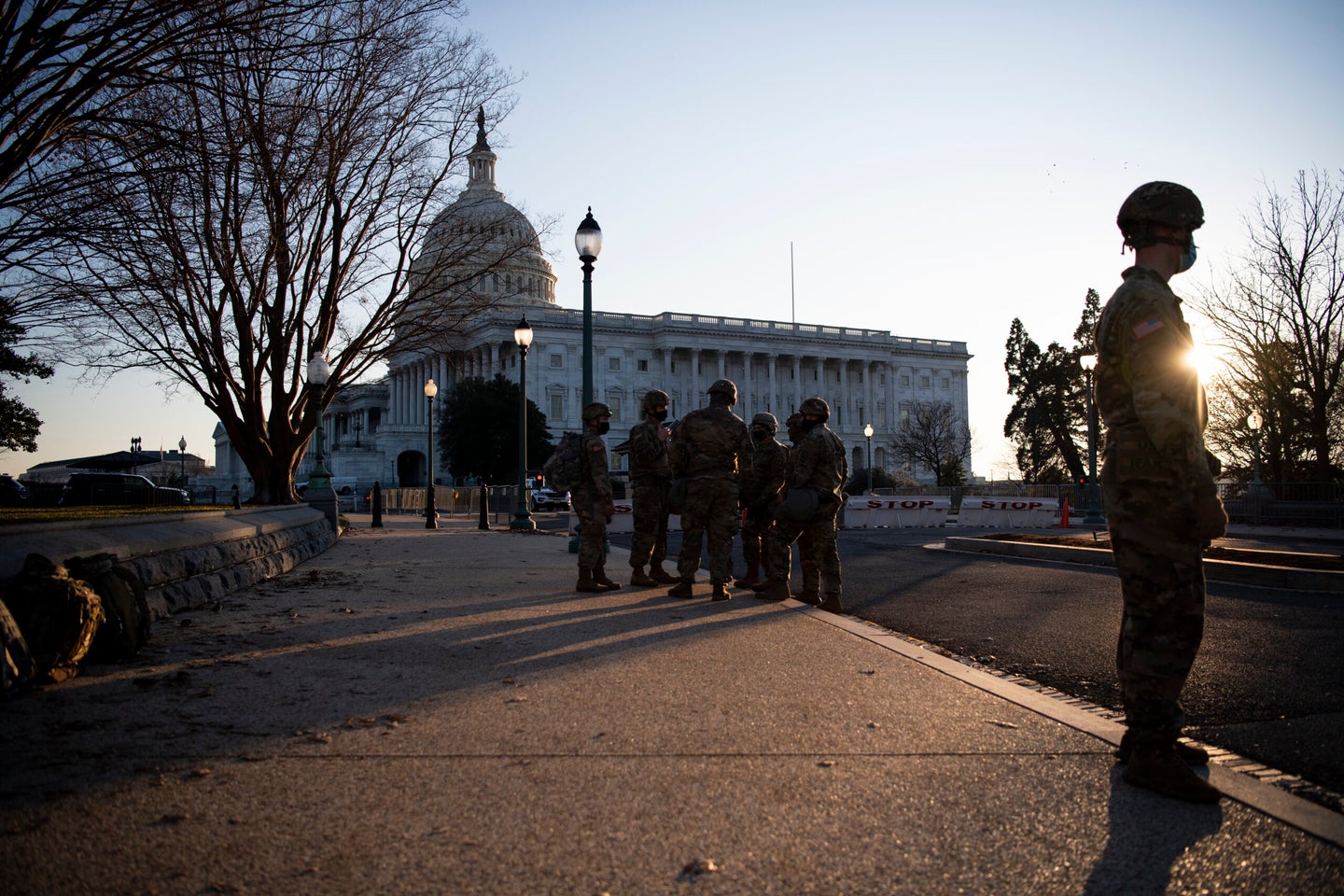 UNITED STATES - January 12: Members of the National Guard stand watch on the East Front of the Capitol in Washington on Tuesday, Jan. 12, 2021. (Photo by Caroline Brehman/CQ Roll Call via AP Images).
SHARE

Some troops assisting with security at next week’s inauguration for President-elect Joe Biden will undergo additional background screening and be trained on reporting suspected extremist behavior, according to Army officials.

Rep. Jason Crow (D-Colo.) on Sunday called for Army investigators to screen troops assisting with the inauguration to ensure they “are not sympathetic to domestic terrorists” and said Army Secretary Ryan McCarthy agreed to “take additional measures.” A spokeswoman for McCarthy said Crow’s summary of the call was accurate.

On Monday, there were roughly 6,200 National Guardsmen in the nation’s capital, but that number is expected to rise to about 15,000 to “meet current and future inauguration support requirements,” said Army Gen. Daniel Hokanson, chief of the National Guard Bureau. A report in The Wall Street Journal, however, said the number could get closer to 20,000.

Officials noted that service members are trained annually on the Threat Awareness and Reporting Program (TARP), which requires troops to report known or suspected extremist behavior. The D.C. National Guard is providing additional training to report anything they see or hear that is inappropriate to their chain of command, officials said.

Top Army leaders reminded soldiers on Wednesday that they are expected to “follow the law and do the right things the right way” in a memo sent to the force on Wednesday. “To maintain the sacred trust of the American people, it is important that all those who represent the Army, in any capacity, remain models of professionalism, character, and integrity,” read the memo, which was signed by Army Secretary Ryan McCarthy, Chief of Staff Gen. James McConville, and Sergeant Maj. of the Army Michael Grinston.

Since the violent attack on the Capitol on Jan. 6, the FBI has opened 25 domestic terrorism cases, Army officials said. In Wednesday’s statement, an Army spokesperson said that the service was working closely with the FBI to determine if any rioters had a connection to the Army.

Featured photo: Members of the National Guard stand watch on the East Front of the Capitol in Washington on Tuesday, Jan. 12, 2021. (Photo by Caroline Brehman/CQ Roll Call via AP Images)