His situational awareness and calm under pressure was astounding. 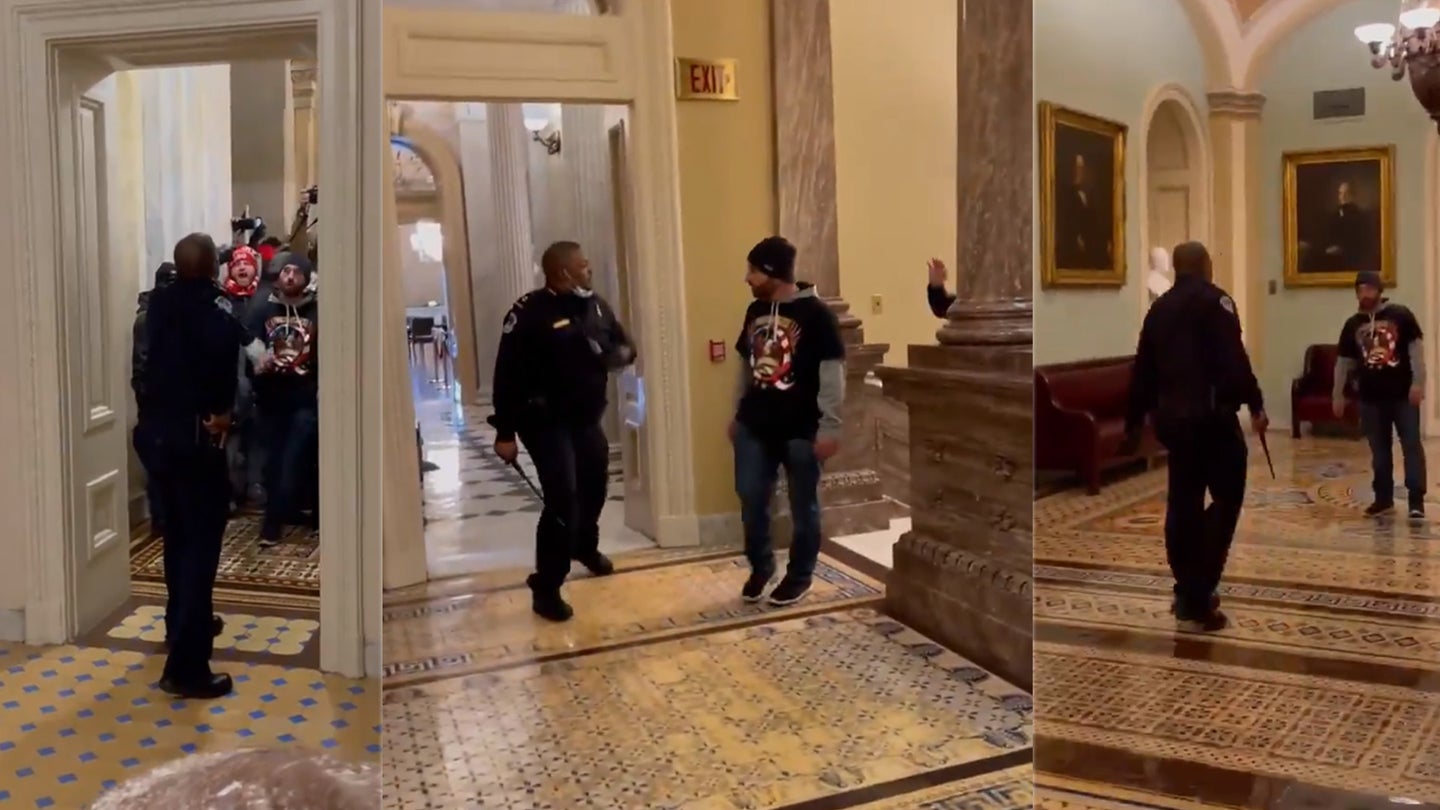 The police officer who stood up to a mob inside the Capitol Building during rioting in Washington, D.C. last week is a former U.S. Army infantryman who served in the Iraq War.

Though the Capitol Police has not publicly identified the officer, multiple media outlets have reported that his name is Eugene Goodman, with friends of his confirming as much to The Washington Post, which first broke the news of Goodman’s military service.

Goodman enlisted in the Army as an infantryman in August 2002 and in Sept. 2005 deployed to Iraq for a year, where he served with 1st Battalion, 502nd Infantry Regiment, 2nd Brigade Combat Team, 101st Airborne Division (Air Assault), according to Lt. Col. Gabriel Ramirez, a U.S. Army Spokesperson.

As events unfolded in Washington on Jan. 6, Huffington Post reporter Igor Bobic published a video to Twitter of Goodman, who’s now a Capitol Police officer. The short clip captured the chaos unfurling within the halls of Congress, as well as Goodman’s calm and cool demeanor under pressure.

The scene is surreal and unnerving: A lone police officer stands before a mob as they slowly advance up the marble steps and through the halls of the Capitol. At first glance, it appears as if at any moment he might be overwhelmed, but on closer inspection, it becomes clear that Goodman is deliberately guiding the rioters away from specific areas and people.

As The Washington Post points out in its report, the officer makes a number of on-the-fly decisions in the video that likely prevented the situation from escalating: After getting to the top of the stairwell and glancing over his shoulder toward the Senate chambers, Goodman blocks the doorway and with one arm, shoves the man leading the group, who was later identified as Doug Jensen and has since been arrested. By pushing Jensen, Goodman was able to keep the mob’s focus on him — you can even see Jensen glance at the door leading to the Senate chambers before following Goodman down a corridor as another member of the mob shouts out “What’re you doin, being tall?”

It was a gambit, but it worked. The rioters follow Goodman away from the hall where members of Congress were still gathered, and into a larger room where other officers are gathered and, though outnumbered, are able to provide backup.

According to CNN’s timeline of events and Bobic’s recounting, Goodman lured the rioters away from the Senate chambers at 2:14 p.m., just one minute after lawmakers inside were made aware that a mob had breached the building. It would be another 16 minutes before Vice President Mike Pence would be evacuated from that hall.

Throughout it all Goodman showed incredible restraint and situational awareness, and it’s easy to lose track of the fact that the brief clip only captured a minute-and-a-half of a trying and harrowing ordeal.