A new poll confirms that a significant number of Americans have the health of the Union on their mind. A national... 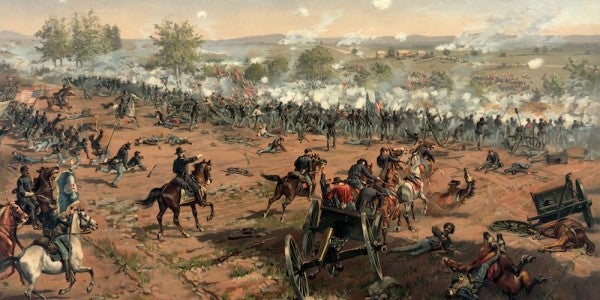 A new poll confirms that a significant number of Americans have the health of the Union on their mind.

A national survey conducted by Rasmussen Reports indicates that a full 31% of American voters believe the U.S. “will experience a second civil war sometime in the next five years,” while 59% of voters see the prospect of a nation-dividing conflict unlikely. Add in the (I assume) 10% of voters who had no opinion on the matter and that's 69% of voters who aren't worried — which is, you know, nice. I'm a glass half full kind of guy.

Here's some more information from the Rasmussen poll to mull over:

The polling comes on the heels of a political scientist's concern for the United States heading for a “soft civil war” sparked a lively discussion over at The Long March. One of my T&P; colleagues made a salient point to me regarding this type of polling. “I find conversations about a civil war dangerous in themselves,” he told me, adding that “the idea is really starting to take hold.” Which brings me back to Tom Ricks' question over at The Long March: Why do rational people continue to express such concerns?

Leave your thoughts in the comments. We'd love to hear them, as always.