"Readiness requirements are almost impossible to meet," one soldier said. 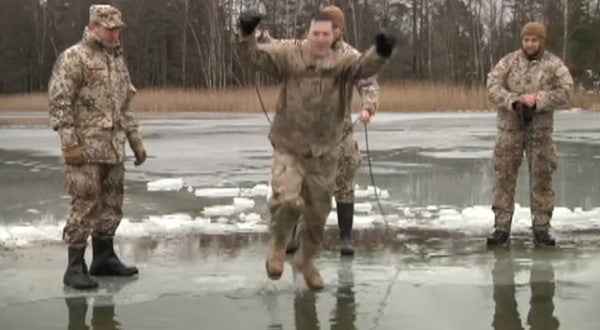 According to an internal Army document, soldiers feel that the service's overwhelming focus on readiness is wearing down the force, and leading some unit leaders to fudge the truth on their unit's readiness.

“Soldiers in all three Army Components assess themselves and their unit as less ready to perform their wartime mission, despite an increased focus on readiness,” reads the document, which was put together by the Army Transition Team for new Chief of Staff Gen. James McConville and obtained by Task & Purpose. “The drive to attain the highest levels of readiness has led some unit leaders to inaccurately report readiness.”

Lt. Gen. Eric J. Wesley, who served as the director of the transition team, said in the document's opening that though the surveys conducted are not scientific, the feedback “is honest and emblematic of the force as a whole taken from seven installations and over 400 respondents.”

Those surveyed were asked to weigh in on four questions — one of which being what the Army isn't doing right. One of the themes that emerged from the answers is that “eadiness demands are breaking the force.”

“Readiness requirements are almost impossible to meet,” one male Army captain responded to the question. “The [Sustainable Readiness Model] is breaking the force.”

“I'm taking vacation days from my civilian job to keep up with metrics and mission,” one major in the reserves said.

“We know how to do training management,” a former battalion commander said. “Stop telling us we don't know how to manage training.”

“Please stop the idea that readiness is number one priority and then literally define everything as readiness,” an active-duty captain said. “Name the three concrete things you want us as an army to improve on and enable us to do it. Abstract notions don't allow us to prioritize.”

Readiness is a top priority for the Army, but red flags have already been raised as to how the service is going about it. A Government Accountability Office report in February said that while the Army has made progress, “it faces challenges in staffing its evolving force structure, repairing and modernizing its equipment, and training its forces for potential large-scale conflicts.”

But weariness related to readiness doesn't necessarily translate to dislike of the service; the transition team also found that the “majority of personnel surveyed remain passionate about being part of the Army team,” but that they are concerned their “quality of life will be further sacrificed by the Army's strategic drive toward readiness and modernization.”

When asked what the Army was doing right, respondents believed that the Army is “capable of fighting and winning our nation's wars,” and that morale is “generally positive.”

“The Army provides me purpose and direction,” one staff sergeant responded. “If I weren't in the Army I don't know what I'd be doing. I enjoy the teamwork and camaraderie. We all want to accomplish the mission.”

An active-duty spouse of 10 years said that the Army is good “about being transparent about the direction the Army is heading,” and that it has “capitalized on the abundant use of social media as a form to communicate to troops and their families.”

It's not just the active-duty Army that is feeling the heat — the transition team found that the Reserve component is feeling increasing pressure to train outside the one weekend and two weeks a year they signed up for.