"Ultimately, if you're a commander, you're a caretaker of that unit for the two years you're there." 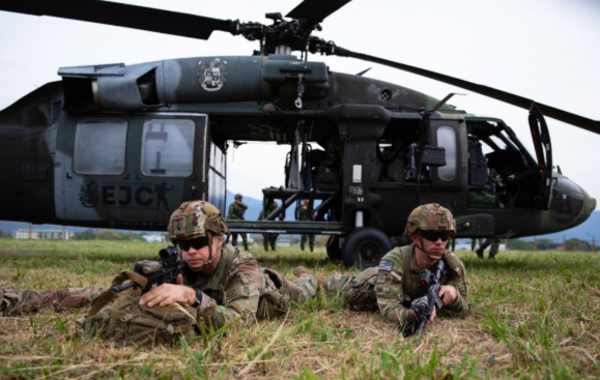 The Army's new era of allowing soldiers the ability to choose their assignments is officially underway, and so far, it seems like it might be working.

The Army Talent Alignment Process (ATAP) is a market-style system that allows Army officers to view all open positions in the Army, and rank their preferences for where they would rather be assigned. The unit commanders have the same opportunity, viewing the officers' skills, backgrounds, and preferences and ranking them as to which officer they want to join their team.

The first cycle ended in December, with around 50% of the more than 14,000 officers who went through the process for their summer 2020 moves getting their first choice assignment — meaning they and the unit they've been assigned had one another as their first choice. Ultimately, Army leadership hopes to apply the system to the rest of the service as well, not just for officers.

“Not only are the officers getting a high preference,” Maj. Gen. Joseph Calloway, head of Human Resources Command, told reporters on Thursday. “They're getting a high preference to a unit that actually has talked to them and wants them to come to the unit. So that kind of amplifies, I think, the synergy going in …. Everybody feels like 'Hey, I'm going onto a team that actually wants me as a part of their team, and vice versa.”

In October at the Association of the U.S. Army's annual meeting, Chief of Staff Gen. James McConville touched on the new system, joking that it's “almost blasphemous to think the Army would actually consider someone's preferences.

“But, if we know where they want to go and what they want to do, we believe we can get the right person in the right job at the right time and we will have a better Army that is more committed.”

When the next cycle starts, a few improvements will be in place, both with ATAP, and with the Assignment Interactive Module 2 (AIM 2.0), which is the tool that enables ATAP. Calloway said on Thursday they hope to make it more “user friendly,” and plan to add more information to help the automated system better match officers up with units once their selections have been made.

The goal is to broaden the talent field, to help commanders find an officer whose skills and background may fit uniquely into their unit's needs — someone who otherwise may be overlooked. Seamands told reporters that potential nepotism within the system would be apparent as more data is collected, but that it's not necessarily a bad thing for a commander to choose an officer to join their assignment because they know they work well together.

“I think you'll see trends if nepotism is present, where people have repeat assignments working for somebody. I think we'll be able to track that. I don't think you want to eliminate it — if you're an executive officer, you want somebody who thinks like you in terms of anticipating your questions, not echoes what you want to do,” he said. “In some cases — I learned a long time ago, I'm much more successful when I have somebody who's willing to be contrarian with me and say 'I know what you want to do, but here's the down-side to it.'

“So having that relationship is pretty powerful, and so hiring somebody you know will have the courage to come and have that conversation is pretty important.”

But, he added, he doesn't expect nepotism to be an issue “as time goes on” because commanders will be looking for someone who fits their units specific needs. The example he gave is if a unit is preparing for a deployment to Africa, the unit will likely want someone who has experience in Africa, whether through living there previously or studying it in school, maybe having made it the subject of a master's thesis — all things you'll be able to see in someone's background through ATAP.

“Ultimately, if you're a commander, you're a caretaker of that unit for the two years you're there,” Seamands said. “So it's your job to set the unit up for success while you're there, and beyond, by hiring the right team for it.”