“We need to be just selling and closing the deal over the phone and utilizing this terrible event in our favor." 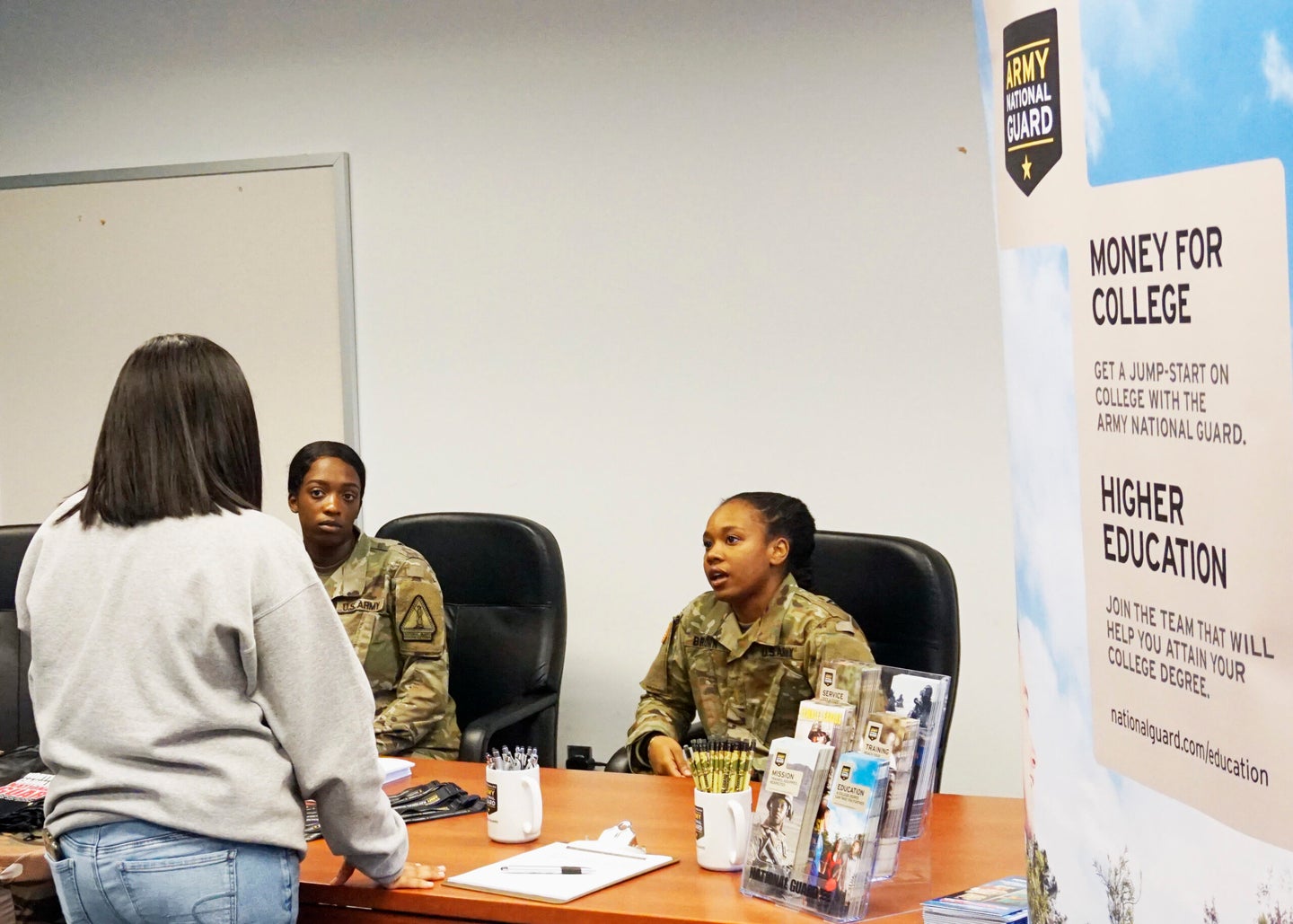 Army recruiters with the 7th Battalion, Army Reserve Career Division, have been encouraged to take advantage of people being at home and potentially out of work because of the novel coronavirus (COVID-19) so they can bring in more soldiers, according to documents shared with Task & Purpose.

“We probably should not be doing house calls, but if it is still working then go get them, but sanitize after visit,” an email on March 18 said. “We need to be just selling and closing the deal over the phone and utilizing this terrible event in our favor as to why one should want to remain or return to the [U.S. Army Reserve] for the supplemental income and insurance.”

He added that for soldiers working from home, there's “more time to work based on commute time saved.”

“The good news is everything is closed, if not already it soon will be, so nothing else to do but work, stay fit and resilient and in some cases spend more time with the family,” he said.

Neither Clonch nor the battalion's public affairs have responded to request for comment from Task & Purpose.

The battalion, whose job is to bring in soldiers to the Army Reserve, has counselors in the Pacific Northwest states, Armed Forces Pacific, Northern Mariana Islands, and American Samoa — including Washington state, which has been one of the states hit hardest by the virus.

“In the next few weeks even more folks might be at home, hopefully not, but it is possible more folks are going to be laid off,” the March 18 email said. “Need to continue to press … that we are still holding a 100.8% End Strength for the USAR and they should take the bonus now that is available.”

While Pentagon leadership has been pushing troops to follow CDC guidelines, they’ve declined to put out blanket policies for units to follow, instead deferring to individual commanders which in some cases has resulted in confusing and inconsistent messaging.

While things may not necessarily be business as usual, the military of course will not revert to no business at all. For example, U.S. Army Recruiting Command leaders explained on Friday that recruiters would be shifting to 100% virtual operations to protect soldiers and recruits.

But soldiers with the 7th BN, ARCD have continued pushing full-steam ahead, being told last Friday they’d be working the weekend, and that they could go into the office if they wanted to.

“Everyone has the option to work from home, however if you think you will have better connectivity at the office then by all means you have the green light to go in,” Clutch said in an email that afternoon.

“The health and welfare of Soldiers and Civilians within the Army Reserve is a top priority, especially with the current national health situation related to COVID-19,” Lt. Col. Simon Flake, spokesman for the Army Reserve told Task & Purpose.

“Readiness of the force is still a priority and Army Reserve Careers Division (ARCD) will continue to assist Soldiers with achieving their military career goals while practicing COVID-19 prevention measures.”