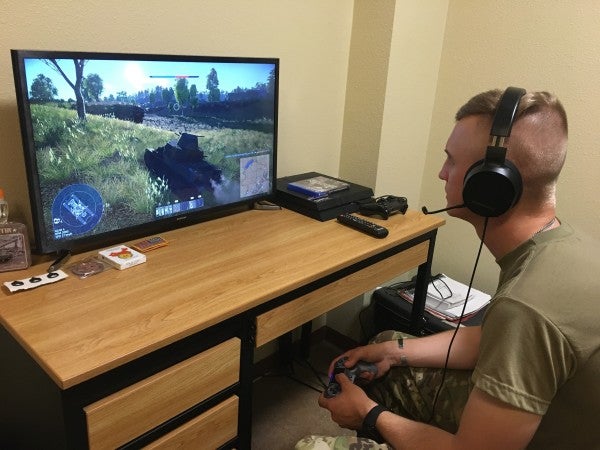 If you're feeling guilty about spending too much time playing video games during the novel coronavirus (COVID-19) pandemic, don't: a handful of Army tank crews are actually relying on online gaming to maintain their readiness while social distancing.

“They work more as crews,” Kuhn said. “Now, they are getting ready to do the culminating event: the platoon-on-platoon event.”

Indeed, the Army has in recent years worked to develop online video game Operation Overmatch to help train teams of soldiers on assortment of tanks and armored vehicles and provide feedback on real-life weapons and armor concepts.

But with the spread of COVID-19 and the resulting social distancing and stay-at-home orders that have blanketed the country, Army officials have opted to expand their virtual training regimen to include online games like War Thunder — all in the name of maintaining readiness.

“How they started off was the crews worked together and they typically tried to focus on a lot of the fundamentals, such as maneuvering” Kuhn explained. “The gameplay has a map in the lower corner and it’s got coordinates on it, so they were able to do a little land nav.”

The Army's reliance on War Thunder extends beyond simple land navigation and maneuvering, Kuhn told Task & Purpose. Soldiers are also practicing how they'd communicate and coordinate around engaging virtual enemies, all while socially distanced from each other

“The platoon-on-platoon, they’re actually going to do an entire orders process using graphics and they’re doing it over a phone Zoom-like app – I’m not sure if they’re actually using Zoom but they’re using some kind of videoconferencing app to actually do the orders process, where they give the order, the graphics, and one platoon is on defense and one is on offense,” Kuhn explained.

So far, soldiers with the 3rd ABCT seem satisfied with the new additions to their training, according to the Army. As Staff Sgt. Tommy Huynh put in the Army news release, online games “have their limitations, but for young Soldiers it helps them to just understand the basics of their job.”

Sure, training in land nav on War Thunder isn't exactly the same same as, say, airdropping over the Russian city of Verdansk for a no-holds-barred free-for-all with dozens of other players. But in terms of keeping soldiers sharp and ready for the next big war, the Army seems convinced that online games are going a long way beyond just recruiting — and that, if anything, should help assuage your guilt over playing for hours on end.