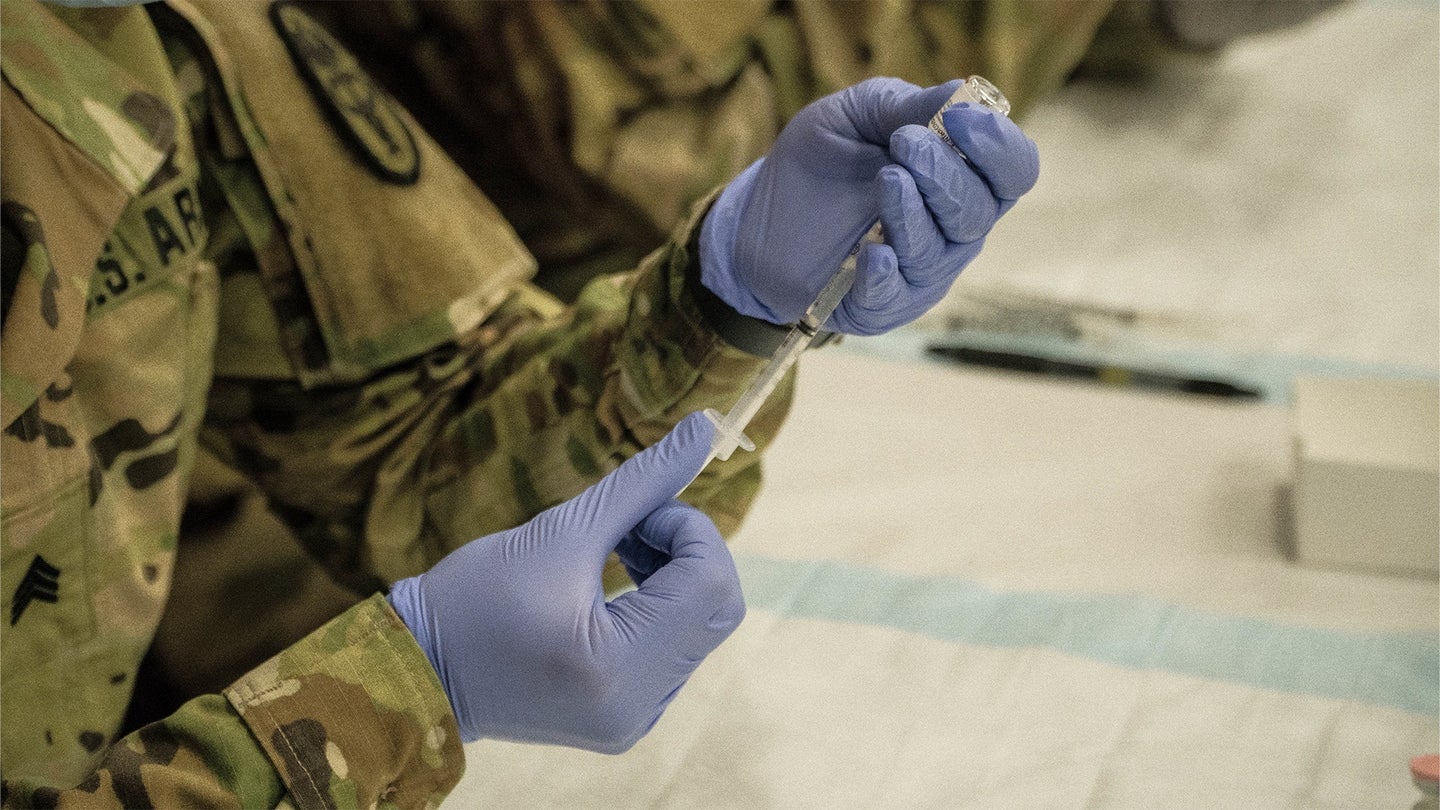 An Army officer at Aberdeen Proving Ground, Maryland, has become the first service member to be convicted at a court-martial for violating lawful orders to comply with COVID-19 mitigation measures issued by the Department of Defense.

As first reported by the Army Times, 1st Lt. Mark Bashaw was found guilty last Friday of refusing an order to work from home and reporting to his office without submitting to a COVID-19 test or providing a negative test result, as was required of unvaccinated soldiers at the garrison. Bashaw was also found guilty of not wearing a mask while indoors.

Though he was found guilty at the court-martial, Bashaw did not receive any further punishment from the military judge.

Col. Yevgeny Vindman, a military lawyer with Army Communications-Electronics Command at Aberdeen Proving Grounds, tweeted that he was “Proud of the prosecution team,” for securing a “first in the nation” conviction.

The conviction comes as COVID-19 cases are down around the country. However, getting troops to adhere to the Defense Department’s COVID-19 vaccine mandate has proven to be somewhat of a conundrum for military leaders after Defense Secretary Lloyd Austin issued a mandate for service members to receive a vaccine in August 2021. Since then the service branches had set deadlines for vaccinations and those who refused faced disciplinary action. There have also been multiple state National Guard bureaus exempting their personnel from COVID-19 vaccines, even if it means the loss of training opportunities and pay.

In the past several months, the vaccination mandate has also been challenged on religious grounds. While thousands of these requests were initially denied, in January they began making headway in the courts.

There were 35 members of the Navy special warfare community who became the first service members to have their religious exemptions recognized by a court. There were two Marines who soon followed. There have also been Navy destroyers unable to deploy with a captain who was unvaccinated — in that case, a judge prevented the service from taking any administrative action.

As of April 27, the active component of the Army had 97% of its personnel fully vaccinated. Of the 4,237 religious exemptions and 723 medical exemptions requested, six exemptions have been approved on religious grounds and 22 for medical reasons. The Army has separated 426 soldiers for refusing the lawful order to receive the COVID-19 vaccine and issued general orders of reprimand to another 3,381.