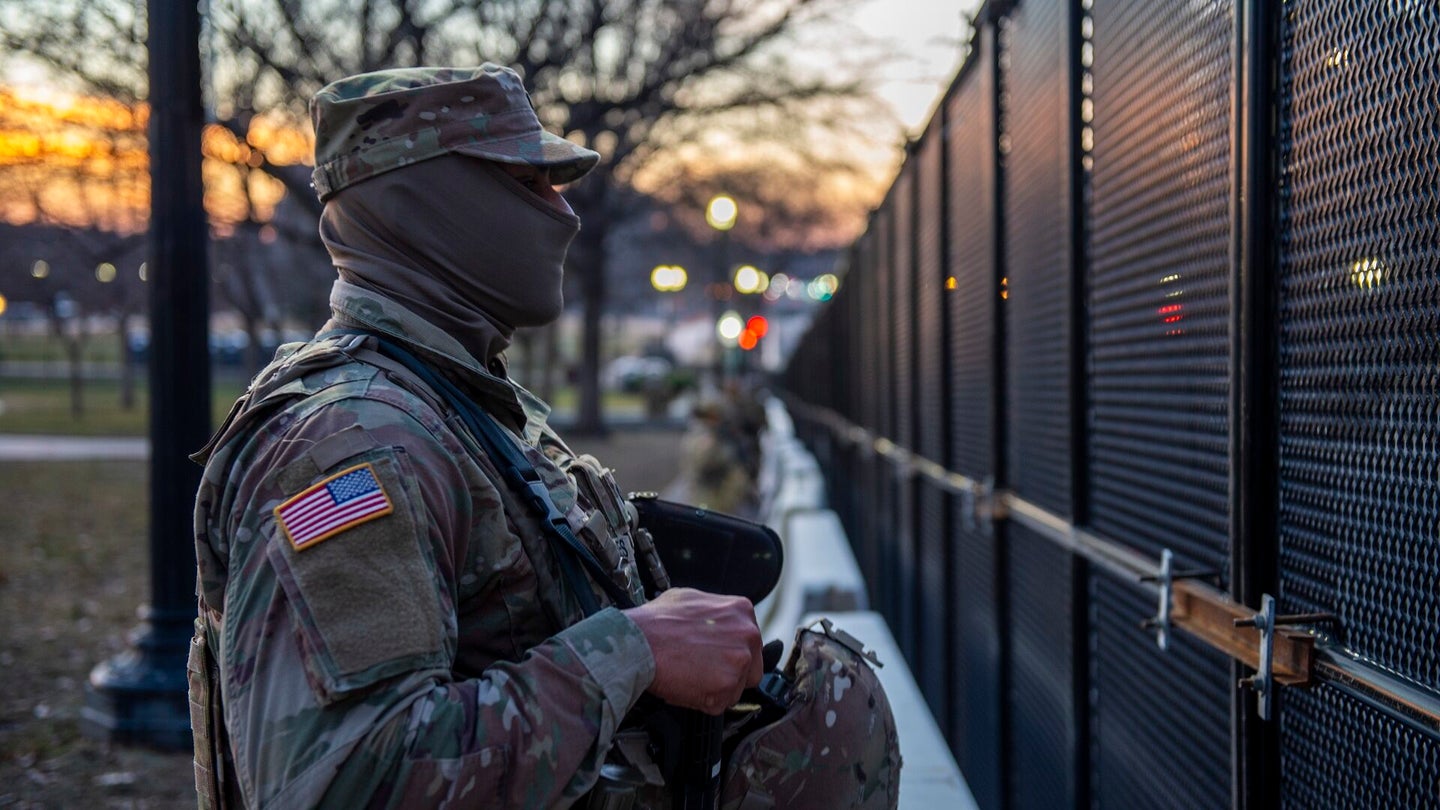 For more than a month, six states have been butting heads with the federal government over the question of COVID-19 vaccinations for National Guard members, requesting exemptions from the Pentagon’s mandate. On Tuesday, a federal judge struck down a lawsuit filed by Oklahoma Gov. Kevin Stitt (R), siding with Secretary of Defense Lloyd Austin III, who has mandated since August 2021 that “mandatory vaccination against coronavirus disease 2019 (COVID-19) is necessary to protect the Force and defend the American people.”

“The vaccine mandate to which the Governor objects is the one – in addition to the nine that already apply to all service members – intended to protect service members from the virus that has, in less than two years, killed more Americans than have been killed in action in all the wars the United States has ever fought,” wrote Friot. “The court is required to decide this case on the basis of federal law, no common sense. But either way, the result would be the same.”

The National Guard traces its roots back to the earliest colonial-era militias. Beginning in the 20th century, the Guard began evolving into its dual role of both state and federal missions, becoming increasingly integrated with the broader force. Guard units have assisted in national disaster response and served as round-out units for federal forces. In the past 20 years, more than half a million Guard personnel have been mobilized for federal missions, both within the United States and abroad. In recent years that has included securing the nation’s capital and helping construct a wall on the southern border. This makes vaccine resistance among Guard personnel, even if small in number, a potential readiness issue. And with Guard officials running most drills, it remains unclear what the coming months looks like for personnel in those states that have requested vaccine exemptions.

The ruling by Friot is a blow to the contention that National Guard personnel are strictly under state jurisdiction unless activated by the federal government.

The Oklahoma National Guard declined to comment on the matter while litigation is pending. But the Oklahoma Attorney General’s office expressed disappointment with the ruling and said that the state would continue to analyze the state’s response, adding, “We will not be surprised if the President’s vaccine mandate actually reduces the nation’s military readiness instead of promoting it.”

Oklahoma was the first state to openly question the Pentagon’s vaccine mandate, with Stitt writing Austin in a Nov. 2 memo that, “It is irresponsible for the federal government to place mandatory vaccine obligations on Oklahoma national guardsmen which could potentially limit the number of individuals that I can call upon to assist the state during an emergency.”

The latest court ruling backs the Secretary’s order, which would result in loss of pay, benefits and Guard standing for those who remain unvaccinated.

“It is unmistakably clear that the intent of Congress … is that the Guard and its members will at all events be prepared, conformably to federal military standards, to be ordered into federal service, deploying alongside members of the active duty Army and Air Force, on little or no notice,” wrote Friot in the ruling.

“With this ruling, Judge Friot has really demolished the state’s contention,” said Eugene Fidell, who teaches military law at New York University Law School. “But beyond that you are looking at the states resisting federal authority in the context of the defense establishment.”

The conflict over COVID-19 vaccinations calls into question the role of the National Guard and its relationship with the federal force.

“What is more disturbing is that this might reflect a broader and deeper challenge to the settled relationship between the states and the federal government,” said Fidell.

While the deadline for Air National Guard personnel to receive their vaccine is the end of 2021, the Army’s deadline has been extended until June 2022. With conflicting orders from state and federal officials still working their way through the court system, that may leave some in a state of limbo.

When asked how the federal government would continue to enforce the vaccine mandate on National Guard personnel in a Dec. 21 briefing, Pentagon press secretary John Kirby did not outline any specific procedures for holding Guard personnel accountable.

“If they choose not to take the vaccine, to not abide by a lawful order, just like in the active ranks, there will be consequences for that,” said Kirby.