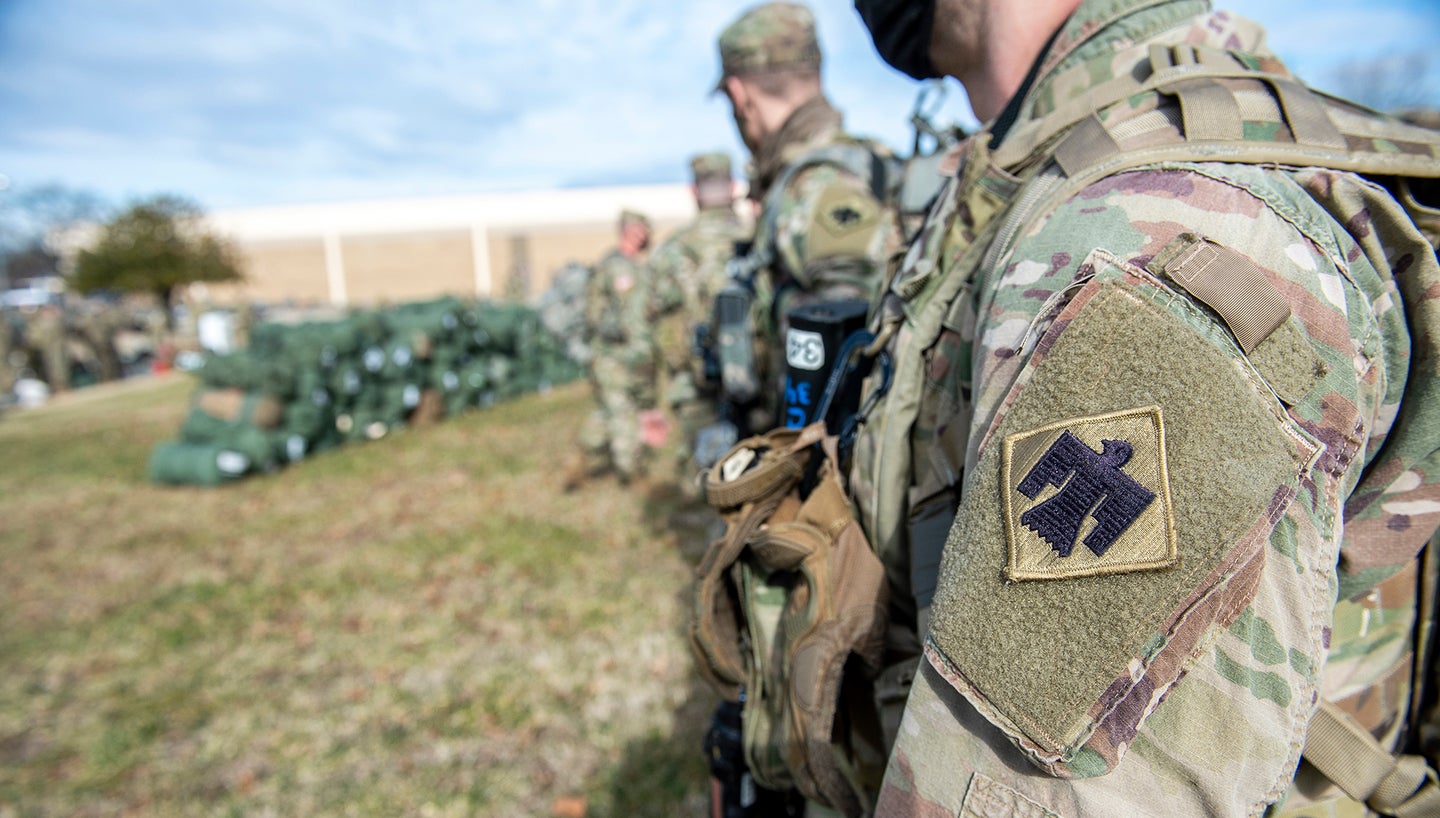 A total of six state governors have challenged the Defense Department’s COVID-19 vaccine mandate as it pertains to their respective state’s National Guard.

On Tuesday, Republican governors from five states, Alaska, Iowa, Mississippi, Nebraska and Wyoming, published a letter to Defense Secretary Lloyd Austin requesting exemptions for National Guard personnel from federal COVID-19 vaccination mandates. Their letter is the latest salvo in the battle between states and the federal government over inoculating those in uniform. In November, Oklahoma made headlines when the commanding general of the state’s National Guard issued a memo exempting Oklahoma Guardsmen from getting the COVID-19 vaccine.

In the most recent instance, the five state governors wrote to Austin that they “acknowledge your right to establish readiness standards for the National Guard for activation into a Title 10 status,” before immediately pushing back against the Pentagon chief over the vaccine mandate: “However, directives dictating whether training in a Title 32 status can occur, setting punishment requirements for refusing to be COVID-19 vaccinated, and requiring separation from each state National Guard if unvaccinated are beyond your constitutional and statutory authority.”

Iowa Gov. Kim Reynolds also issued a separate statement, saying that, “It’s unconscionable to think the government will go so far as to strip these honorable men and women of the nation’s top duties if they don’t comply. They protect the very freedoms that the federal government apparently doesn’t believe they too deserve.”

Guard personnel serve in multiple capacities, under both state and federal control. When on State Active Duty, they are the state’s responsibility. When drilling under Title 10, which refers to full-time duty in federal service, and Title 32, full-time National Guard duty, the funding comes from the federal government. That means that for annual drills and training, Guard members who remain unvaccinated will be unable to maintain their full-time status and participate in activities that count towards retirement benefits.

In November, Gov. Kevin Stitt appointed Army Brig. Gen. Thomas Mancino as the state’s adjutant general. Mancino promptly issued a memorandum exempting Guard personnel from the Defense Department’s policy requiring COVID-19 vaccinations. The Department of Defense, however, has maintained that governors do not have the legal standing to exempt Guard personnel from federal vaccination requirements.

For Guard personnel, the dispute will impact them where it counts the most: Their pay and benefits.

“They [the federal government] can withdraw federal recognition for drill time, they can reject promotions. Those are things that Guard members may find very disagreeable,” said Eugene Fidell, who teaches military law at New York University Law School.

In a memorandum sent out on Nov. 30, Austin reiterated that federal mandates apply to National Guard personnel when they are drilling under Title 32 of the U.S. Federal Code. The order went into effect on Dec. 6.

“No Department of Defense funding may be allocated for payment of duties performed under Title 32 for members of the National Guard who do not comply with Department of Defense COVID-19 vaccination requirements,” wrote Austin. “No credit or excused absence shall be afforded to members who do not participate in drills, training, or other duty due to failure to be fully vaccinated against COVID-19.”

Still, a defense official told Task & Purpose that Guard vaccination rates may be higher than the official tally since many service members have received vaccines through civilian healthcare providers and have not yet entered that data into their records.

And while service in the National Guard may be billed as “one weekend a month,” Guard personnel have been mobilized and deployed at an extremely high rate in recent years. They have been mobilized to the U.S.-Mexico border, called upon to drive school buses in Massachusetts, and responded to protests throughout the summer of 2020. National Guard personnel from all six states currently requesting exemptions from federal COVID-19 mandates have also spent time assisting in pandemic response.

As vaccinations have become mandatory for all federal personnel, “There is a readiness issue, but the Pentagon has taken a very moderate line with compliance,” said Fidell, adding that he expects the matter to play out in court over the coming year.

That leaves unvaccinated Guard members in limbo. Indeed, Brig. Gen. Mancino said in a Dec. 6 statement, “Anyone exercising their personal responsibility and deciding not to take the vaccine, must realize that the potential for career ending federal action, barring a favorable court ruling, legislative intervention, or a change in policy is present.”

Although limited in number, discharges for those who remain unvaccinated have begun. On Monday, the Air Force announced that it had discharged 27 service members for refusing to get vaccinated.