The 195 Americans who fled coronavirus in China will be quarantined at March ARB for 14 days, CDC says

"We would rather be remembered for overreacting than under-reacting." 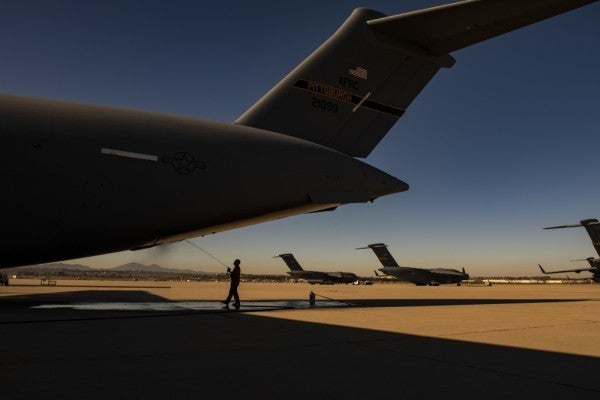 The 195 Americans who fled Wuhan, China this week and are now being housed at March Air Reserve Base in Ontario, California will be quarantined for two weeks, tweeted the Centers for Disease Control and Prevention on Friday.

NPR reported the CDC as saying that the 14-day period began with their removal from Wuhan on Tuesday. CDC official Dr. Nancy Messonnier told NPR that the quarantine order is “an unprecedented action” in response to “an unprecedented public health threat.”

“We would rather be remembered for overreacting than under-reacting,” said Messonnier, director of the National Center for Immunization and Respiratory Diseases, on a press call with reporters, according to The Washington Examiner. Messonier said she does not believe the presence of the quarantined evacuees will affect the residents of Ontario, NPR said.

The quarantine comes a day after the director of the World Health Organization, Tedros Adhanom Ghebreyesus, declared “a public health emergency of international concern” over the outbreak of coronavirus, which to date has killed at least 200 people and infected at least 9,800 worldwide, according to the New York Times. The vast majority of those deaths and infections were in China, the Times reported, with only about 100 cases reported in 19 other countries.

Earlier on Friday, the State Department warned Americans not to travel to China. The Department of Defense is also monitoring the situation.

“I approved a directive apprising our forces about precautions they should take, how to recognize the signs and symptoms of the virus,” said Defense Secretary Mark T. Esper in a statement Friday morning. “The Department of Defense continues to work closely with our interagency partners as we monitor the situation and protect our service members and their families, which is my highest priority.”

There is no vaccine yet to prevent coronavirus infection. The CDC recommends taking everyday preventive measures to stay healthy, including the following:

If you have been to China in the last 14 days and feel sick with fever, cough or difficulty breathing, CDC recommends the following: