US Marine tests positive for coronavirus in Virginia

A U.S. Marine assigned to Fort Belvoir, VA, a mere 40 minutes’ drive south of Washington D.C., tested positive for coronavirus on Saturday, the Office of the Secretary of Defense announced. 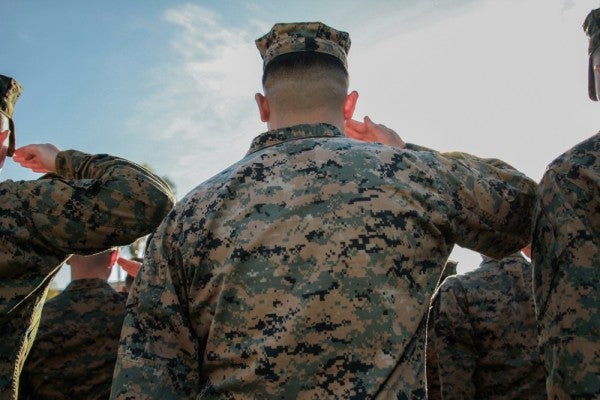 A U.S. Marine assigned to Fort Belvoir, VA, a mere 40 minutes’ drive south of Washington D.C., tested positive for coronavirus on Saturday, the Office of the Secretary of Defense announced late Saturday night.

The Marine had recently returned from overseas, “where he was on official business,” OSD wrote in an email release. He is now being treated at Fort Belvoir Community Hospital.

According to the email, the Secretary of Defense was briefed on the case, and The White House had been notified.

A 23-year-old soldier in South Korea tested positive in February, as well as the soldier’s wife.

The novel coronavirus has spread to 94 countries since it was first detected in Wuhan, China earlier this year.

There have been nearly 101,000 cases reported and more than 3,400 deaths from the virus worldwide, according to The World Health Organization. Korea and Italy have been among the most affected countries outside China, with more than 10,000 cases among them.

DOD has an advantage it is sharing with civilian agencies in that the Defense Department has been doing pandemic planning for more than 20 years, said Robert G. Salesses, the deputy assistant secretary of defense for homeland defense, in a DOD article on Wednesday.

On Thursday, DOD said Army medical experts were working with National Institutes of Health; the Centers for Disease Control and Prevention; industry; and academia on a response to the virus and that “robust testing” for potential vaccines would be underway soon.

The next phase would involve testing the vaccine on larger animals, including monkeys, he said. However, he didn’t want to speculate when human testing would begin. It could be a year to 18 months before a vaccine is proved safe.

Until then, the outbreak could slow down over warmer months and then start again later in the year as the weather gets colder, the doctor said.

For now, the best thing people can do is wash their hands frequently, even if they don’t touch anything, said Dr. Nelson Michael, director of the Center for Infectious Disease Research at Walter Reed Army Institute of Research.

Hugging and kissing also should be avoided, and be sure to stay home if sick, Michael added.