The test came days after the president stood next to a Brazilian official who was tested positive for the virus. 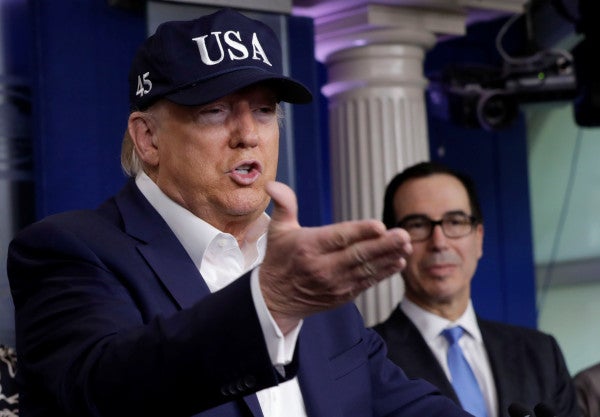 The president decided on Friday to take the test for the virus, which has killed some 5,800 people worldwide, and received the negative result on Saturday evening, Conley wrote in a memo that was released by the White House.

The test came days after the president stood next to a Brazilian official who was tested positive for the virus.

“One week after having dinner with the Brazilian delegation in Mar-a-Lago, the president remains symptom-free,” Conley said in his memo. “I have been in daily contact with the CDC (Centers for Disease Control and Prevention) and White House Coronavirus Task Force, and we are encouraging the implementation of all their best practices for exposure reduction and transmission mitigation.”

Because of a U.S. effort to slow the spread of the virus, which disproportionately kills older people, schools have been closed, museums shuttered and many employees have been urged to work from home to practice “social distancing.”

The virus has killed more than 50 Americans. It has infected more than 154,000 people worldwide and killed some 5,800 since it emerged in China in December.