The 75th annual Reunion of Honor set to take place on the island of Iwo Jima has been cancelled out of an "abundance of caution" due to fears of the coronavirus. 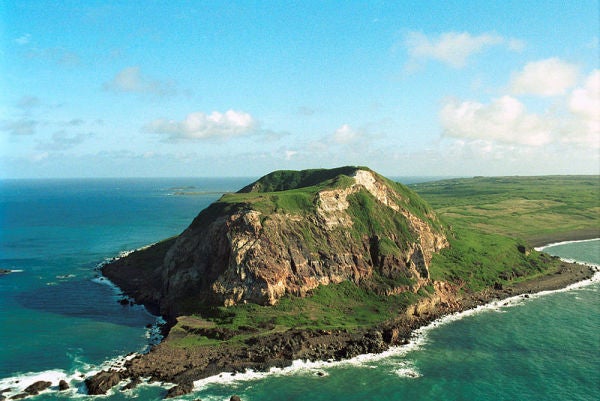 A reunion of surviving Iwo Jima veterans set to take place later this month on the small Japanese island has been canceled over coronavirus fears, Task & Purpose has learned.

The event marking the 75th anniversary of the 1945 Battle of Iwo Jima was canceled “out of an abundance of caution due to the COVID-19 outbreak,” said Lt. Col. Kelly Frushour, a Marine spokeswoman.

Nearly two dozen veterans of the battle and their companions were set to visit the island of Iwo To on March 28, where they were to spend about eight hours exploring the former battlefield, now a Japanese military base. The Commandant of the Marine Corps and other dignitaries were also expected to attend.

The annual gathering known as the Reunion of Honor first began on Feb. 19, 1980 to mark the 40th anniversary of the battle. American and Japanese veterans who returned to the island placed a memorial that said both sides “met again on these same sands, this time in peace and friendship.”

“We pray together that our sacrifices on Iwo Jima will always be remembered and never repeated,” it said.

The reunion has been canceled just one other time, after a massive earthquake and tsunami struck the coast of Japan in 2011, said Lt. Col. Raul “Art” Sifuentes (Ret.), executive director of Iwo Jima Association of America. Sifuentes told Task & Purpose the group is considering commemorating the anniversary on the island sometime at a later date.

The Iwo Jima veterans had planned to fly to Guam and then on to Iwo Jima, where they were to visit Mount Suribachi — immortalized by the iconic photo of Marines raising the American flag — and conduct a memorial service on the black sand beach where the landings took place on Feb. 19, 1945.

The World War II battle, which lasted 37 days, pitted hundreds of thousands of Americans against some 20,000 Japanese defenders that had prepared defenses for months. More than 19,000 Americans were wounded, and nearly 7,000 killed.

Elsewhere in Japan, the production line for the F-35 fighter will be paused for a week at Mitsubishi Heavy Industries amid virus concerns.

The novel coronavirus, or COVID-19, has spread to nearly 80 countries since it was first detected in Wuhan, China earlier this year.

There have been nearly 100,000 cases reported and more than 3,300 deaths from the virus worldwide, according to The World Health Organization. Japan has reported 349 cases of the virus so far.

Although the Corps canceled the Iwo Jima reunion, it did go forward with its annual Cobra Gold military exercise in Thailand, which ends Friday. The exercise brought together thousands of troops from the U.S., Thailand, Japan, Indonesia, Malaysia, and South Korea.

“So far [there have been] no big impacts,” Marine Commandant Gen. David Berger said Monday on whether the virus had impacted training or readiness across the force. “The biggest impact so far has been on the command post exercise in Korea, which had to be tailored way back because of the spread of the disease.”

A 23-year-old soldier stationed in South Korea recently became the first American service member infected by coronavirus. So far, South Korea has had more than 5,700 cases and 35 deaths.

Correction: A previous version of this article said the Marine Corps canceled the event. It has been updated to reflect that the event was organized and subsequently canceled by the Iwo Jima Association of America. We apologize for the error.