There are 2,073 current cases of the virus within the ranks of the Marine Corps. 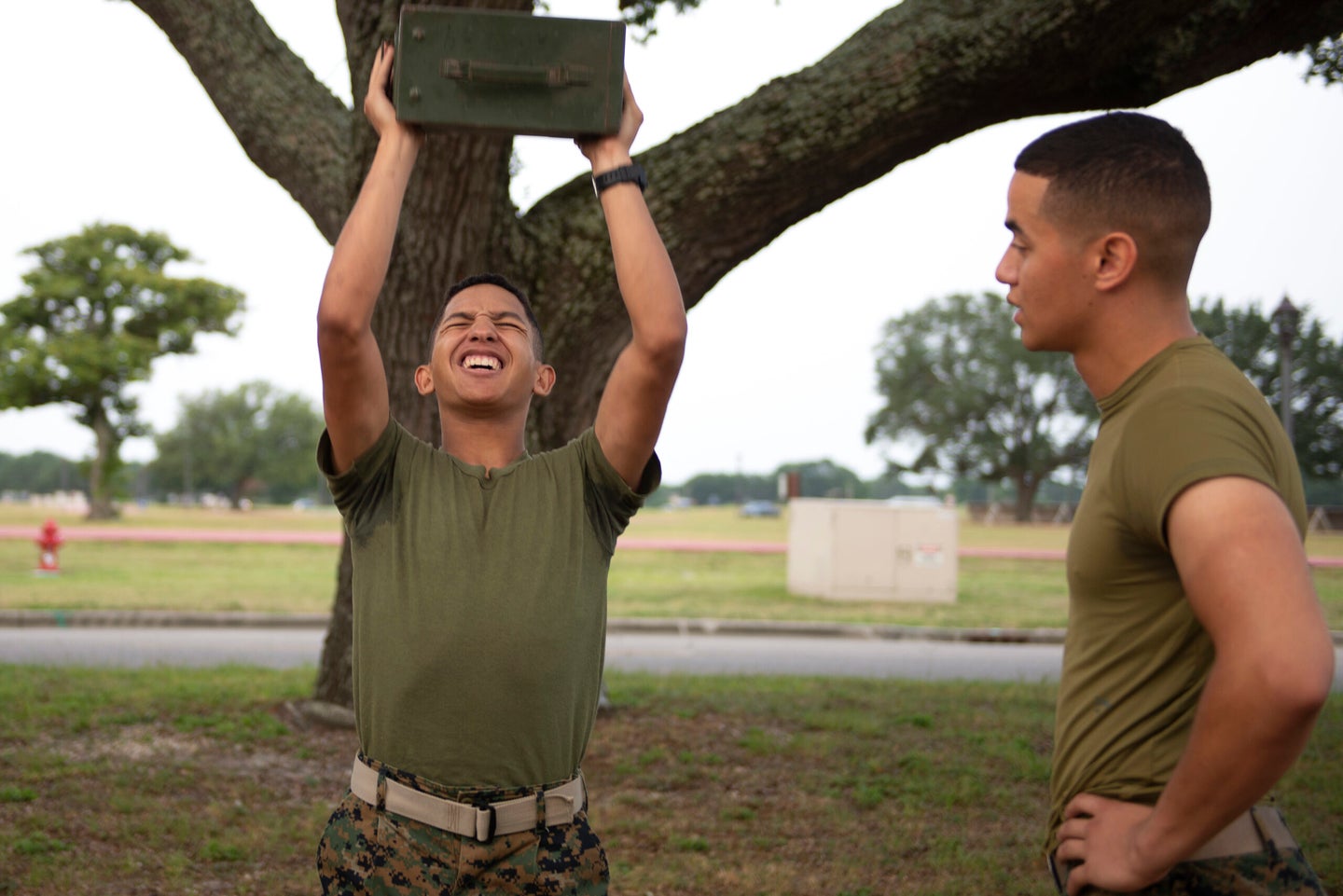 A Keesler Marine Detachment Marine lifts a 30-pound ammunitions can during a Combat Fitness Test on Keesler Air Force Base, Mississippi, June 26, 2019. The Keesler Marine Detachment invited members of the 81st Security Forces Squadron out to participate in the CFT to get 81st SFS Airmen acclimated to a more combat related physical fitness test to use during unit fitness training. The Marine Corps CFT incorporates scenarios that could happen in a deployed environment to include buddy carries, grenade throws, low crawling and other physical activities. (U.S. Air Force photo by Airman 1st Class Kimberly L. Mueller).
SHARE

The novel coronavirus (COVID-19) canceled much of 2020, and the Marine Corps is now canceling its combat fitness test as a result.

The service announced on Friday that its requirement that Marines complete a CFT before the end of the year is officially moot. A Marine administrative message has been released with all the details.

“The Marine Corps has seen an increase in COVID-19 cases in recent months, which has led the Commandant to waive the annual training requirement,” said Capt. Sam Stephenson, a spokesman for Training and Education Command.

“Protecting our Marines and their families has remained a priority from the start. We must take those prudent measures to limit COVID-19’s spread, while also ensuring the Marine Corps remains the nation’s force in readiness.”

There are currently a total of 12,215 Covid-19 cases for the Marine Corps, including Marines, dependents, civilians, and contractors, according to a Marine official. There are 2,073 current cases of the virus within the ranks.

Consisting of an 880-yard run and ammo can lift, the CFT features one event that makes social distancing impossible: the “maneuver under fire,” which sees winded Marines carrying a simulated casualty, doing pushups, and throwing a dummy grenade.

The Navy in July canceled its physical readiness test and body composition program for the remainder of the year since the pandemic “requires that we continue to minimize the risk of personnel.”

Meanwhile, the Marines waived their physical fitness test for about five months before resuming those tests and affirming the combat fitness test would be required.

That’s no longer the case, according to the forthcoming Marine administrative message, which waives the CFT requirement for the rest of the year. Officials said a little more than half of the Marine Corps had already taken the CFT, which will still count for score. Marines unable to take it this year because of the cancellation will have “not required” entered in the CFT box of the record books.

The seven-day average for new cases of the virus in the United States has more than doubled since the beginning of November, according to the COVID Tracking project, which also reported a spike in deaths.