The Marine Forces Reserve can’t keep enough prior-service Marines to stay in to fill reserve billets for the first time... 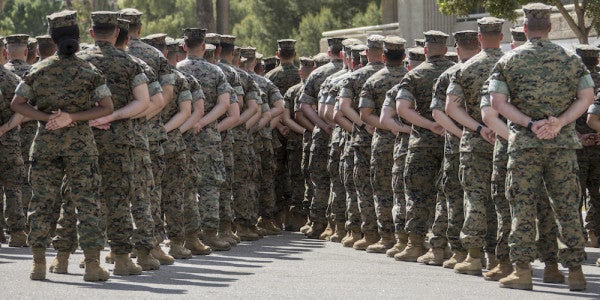 So far, “the recommended solutions are in staffing and a final decision by M&RA; has not been made,” Caldwell told Task & Purpose. But, he added, the service’s overall reserve retention rates “may allow for a mission reduction that will ensure Marine Reserve end-strength requirements are met for 18.”