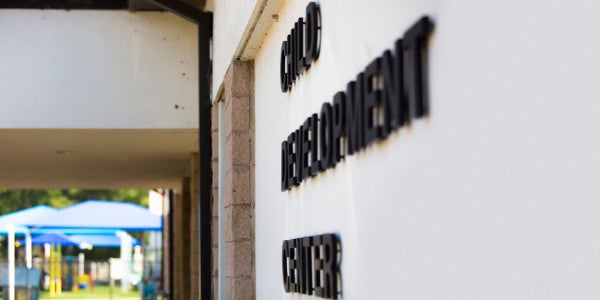 Task & Purpose learned late Thursday that Camp Courtney’s Chura Warabi Child Development Center has suspended new enrollment in drop-in, hourly child care for the months of February and March. According to a Feb. 14 email sent to impacted families, the decision to halt sign-ups came from a combination of the hiring freeze, PCS-related staffing changes, and rising enrollment.

The email asked families not to reach out for status updates until the week of March 20, 2017, and were encouraged to seek hourly care at Camp Foster’s Chimugukuru or Ashibina CDCs, or at Camp Kinser’s Yuimaru CDC in the meantime. But those commute could be daunting for military families. Camp Foster is about a 20-mile trek from Camp Courtney and Camp Kinser is nearly 30 miles away.

According to an official statement from Marine Corps Community Services Okinawa, staff recruiting efforts that started before the freeze remain active, but no job offers will be issued until a resolution for the freeze is achieved.

“Positions providing child care and positions providing direct support to the prevention of child abuse, sexual assault, domestic violence, and suicide, and providing direct support to those affected are exempt from the hiring freeze and will be backfilled once these exemptions are approved by the Secretary of Defense,” reads the statements, which was originally published on Facebook on Feb 6. As of Feb. 23, this was still their official position.

Marine Corps officials are keeping an eye on the situation, according to Maj. Garron J. Garn, a public affairs officer with Manpower & Reserve Affairs.

“The Marine Corps is carefully monitoring the adverse effects of the civilian hiring freeze on operational and family readiness,” Garn said in a statement provided to Task & Purpose on Friday. “To date we've been able to mitigate these effects by carefully prioritizing critical vacancies and requesting selective exemptions via the Secretary of the Navy. We'll continue to track the effects of the freeze and work to mitigate adverse impacts.”

News of the interrupted child care services in Okinawa comes just days after similar announcements were made at the U.S. Army’s Fort Knox in Kentucky and U.S. Army Garrison Wiesbaden in Germany. The Army is reportedly working with the bases to get programs fully restored, though neither base has announced timelines for that to happen.