As our wars in Asia continue, pundits often ask, “What are we accomplishing? What’s the strategy?” While that question may... 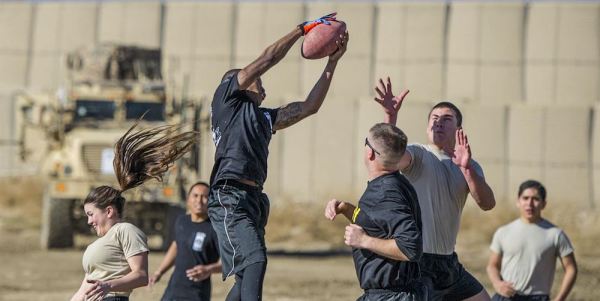 As our wars in Asia continue, pundits often ask, “What are we accomplishing? What’s the strategy?” While that question may be valid for our enduring stay in Afghanistan, I do not think it is valid for our efforts in Iraq and Syria, where our combined forces have cleared Mosul and Raqqa, and are daily dismantling more of the Islamic State’s self-proclaimed caliphate. The strategy is sound and consistent, albeit limited. Furthermore, our operations there are productive.

Strategists are fond of saying that good strategy can overcome bad tactics, but good tactics cannot overcome bad strategy. Okay. We get the point. But it’s an overstatement. Even the best strategy is unlikely to be successful without operational art, which makes real the components of strategic success.

In Iraq and Syria, our senior commanders have successfully applied operations to defeat the Islamic State in a manner consistent with our national strategy. Their arrangement of operations in time and space positioned the Iraqi Security Forces and the Syrian Democratic Forces for victory in Mosul and Raqqa. Conversely, operational success in Afghanistan has, in many cases, faced setbacks because national strategy is inconsistent with operational art in that country.

A similar dynamic between strategy and operations is observable in football. The New England Patriots and the Indianapolis Colts provide useful parallels. The Patriots represent a high form of synergy between strategy and operational art; they demonstrate what’s possible when sound strategy meets good operations. The Colts represent the opposite, as poor drafting and a lack of skilled offensive coaching have left quarterback Andrew Luck as the man trying to do it all on Sunday afternoons.

For the Patriots, Coach Belichick drafts the players, develops the game plan each week, and is intimately involved during in-game decisions. But he’s not on the field. Brady is. Tom Brady adjusts play calls at the line of scrimmage, exploits favorable matchups, and reads the defense each time he steps to the line. Coach Belichick expects his quarterback to make these adjustments, and he further expects that Brady’s adjustments are within his overall intent for the game plan. A similar relationship exists between our national leaders and our senior military commander in Iraq. Our national leaders have established clear national and theater strategy while our military commanders in Iraq and Syria execute a sequence of operations to achieve those strategic ends.

A series of CJTF-OIR commanders have played a critical role by influencing the timing of major operations inside of Iraq and Syria, aligning Coalition resources to support the Iraqi Security Forces and the Syrian Democratic Forces. These commanders, like a quarterback, have “read” the defense and made local adjustments. Just as we’ve often heard of quarterbacks “willing” their team to victory through sheer determination, the same might be said of the CJTF-OIR commanders. I observed Lt. Gen. Sean MacFarland spend countless hours engaging with Iraqi leaders about the timing of operations and the best way to execute them. These engagements in the field, combined with the coalition’s training/advising efforts and lethal strikes, amounted to well-designed audibles, which were consistent with a clear strategic goal relative to ISIS.

Our efforts in Afghanistan, meanwhile, can be compared to the uneven match of strategy and quarterback skill reflected by the Indianapolis Colts. The Colts aren’t a terrible team, but they are too dependent on quarterback Andrew Luck, the operational leader, to be successful. The organization does not have a complementary strategy. Since selecting number-one draft pick Andrew Luck in 2012, the Colts are 46-28. Over the last two years, however, poor drafting by Ryan Grigson (fired in 2017) produced a weak defense and a bad offensive line. The team cannot capitalize on Luck’s ability to manage operations. In 2015, Luck suffered a season-ending injury in Week 10; last year, Luck was hit and sacked more than any quarterback in the NFL. Compounding poor general management, head coach Chuck Pagano is a specialist in defense, providing little to development of Luck as a quarterback. The Colt’s “grand strategy” and operational capacity are not complementary.

Arguably, the U.S. military has not realized the level of success possible in Afghanistan due to a meandering national strategy. The military has been forced to make operational decisions based on force caps, not on capabilities required to defeat the enemy and train the Afghan National Army. The departure of the U.S. Marine Corps from southwest Afghanistan at the end of 2014 is a prime example. Not only did this decision lead to a resurgence of the Taliban in Helmand province, but subsequently required re-tasking U.S. forces from other provinces to re-occupy Helmand. Great play on the field, in the form of tactical and operational success, was often muted by inconsistent, meandering strategy.

In Iraq and Syria, it is critical that the U.S. maintains synergy between operational art on the ground, the strategic goal to defeat ISIS, and (ideally) a subsequent strategy to maintain peace. We need consistency, not unlike the consistency of the Patriots over the last 15 years.

In Afghanistan, we need to find a similar consistency. If not, our forces and allies will suffer the same fate as Colts quarterback Andrew Luck on most Sunday afternoons, playing well, but faltering in the end without a bigger strategy.

Major Ed Arntson is an active-duty infantry officer assigned to the Joint Staff. He most recently served as a brigade operations Officer at Fort Hood, Texas; as a member of the CJTF-OIR Commander’s Initiative Group in Baghdad, Iraq; and as the aide de-camp to the commanding general of III Corps and Fort Hood,. This article represents his own views, which are not necessarily those of the Army, the Defense Department, or the people of Philadelphia.