Last week, the U.S. Marine Corps released its Force Integration Plan Summary, a four-page document that is a skewed attempt... 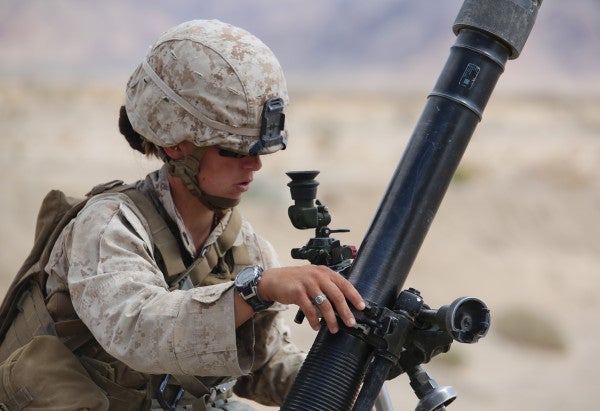 Last week, the U.S. Marine Corps released its Force Integration Plan Summary, a four-page document that is a skewed attempt to set the stage for the Corps to request exceptions to the Department of Defense's mandate for full combat integration.

The report provides information that starkly portrays women as being, on average, inferior to men in combat training situations, based on the comparisons and tests that the Corps arranged. This numerical snapshot is contrary to the very public examples we have seen this year of female Army soldiers achieving success as in the Army's elite Ranger School, and of the many examples of women serving with honor and courage when thrust into combat roles in Iraq and Afghanistan since 2001.

The Marine Corps study, which will reportedly be released in full later this month as part of the ongoing trickle of negative news prior to the October 1 deadline for services to request exceptions from DoD, appears to have been developed and assessed based on a mindset that predetermined the outcomes. According to SWAN board member Ellen Haring, a Reserve Army colonel, the Marines were told to assess how individual women would do in combat situations, but instead chose to assess groups with average female Marines — rather than high-performing volunteers — in them. Other combat veterans who have read the report have shared similar criticisms of the process, and how it doesn't accurately capture the realities of contemporary combat.

In a September 1 interview, Secretary of the Navy Ray Mabus made it clear that he must sign off on the decision to seek any exemptions to opening all jobs to women, and he hasn't had a change of heart. “That's still my call, and I've been very public,” Mabus said. “I do not see a reason for an exemption.” Since he will decide whether to pass on any requests for exceptions from the Corps, he should take the time to examine and judge the fairness of the findings in light of any exceptions requested by the Marine Corps prior to the deadline.

Comprehensive studies of gender-integrated military combat units in multiple countries have found that the participation of women does not measurably affect task cohesion — the ability of the unit to achieve its goals. The studies have also found that any initial impact women have on combat unit cohesion — the social bonds between its members — can be overcome through the influence of strong leadership within and above the unit. MacKenzie found that “the presence of strong leadership within a unit has the ability to create acceptance for and cohesion with new female unit members rapidly.”

If any service has the ability and training to provide the strong leadership necessary to ensure that gender-integrated units are prepared to succeed in combat situations, it surely is the Marine Corps. At the same time, it is understandable why the Marines are resistant to this change. It is a dramatic turn in their 240-year history that will require changes within their operations and their culture. But that doesn't mean that full integration, with no exceptions, isn't the appropriate decision for the Corps and the entire U.S. military.

While the fight for full combat integration has often been out of the public spotlight for months at a time since the 2013 rule change, this fight has been going on for decades. Women are now serving in many military roles where they were once excluded due to both sexism and doubts about their physical and mental abilities. They have always, always, proven their doubters to be wrong. Not every woman in the military wants a combat job. Nor does every man. But they should have equal opportunities to compete for every job in fair circumstances.

At this point, the opening of all combat positions to service women seems to be inevitable. Mabus and Secretary of Defense Ashton Carter, as the final authorities in the process, can ensure that inevitability by deciding to allow no exceptions for the Marine Corps or any branch of the military. With their strong leadership on this issue, they can usher in a new era for American women to serve the nation with valor and courage on the battlefield.