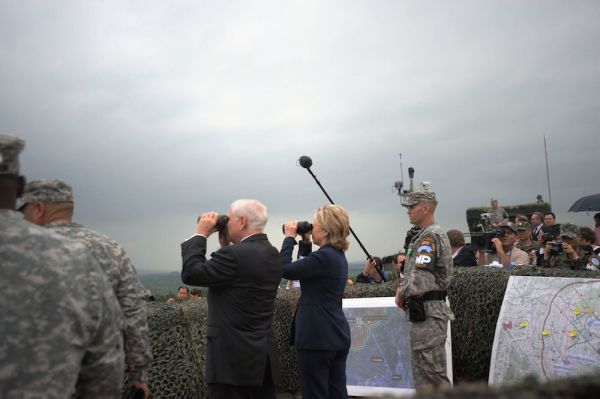 A new report by The Intercept reveals how Christian evangelical Kay Hiramine’s non-governmental organization Humanitarian International Services Group served under both presidents Bush and Obama as a spy organization in North Korea for the Pentagon.

By pledging humanitarian aid to the country’s impoverished population, the organization was able to venture into the impenetrable North Korea. According to Sam Worthington, president of InterAction, an association of nearly 200 American NGOs, the use of humanitarian aid workers in this capacity “violates international principles.”

Rep. Jan Schakowsky, a Democrat from Illinois who served on the House Intelligence Committee from 2007 until this year, found this operation to be reckless and “completely unacceptable.”

Though Hiramine’s involvement in this effort is unclear, his nonprofit presented a convenient vehicle for the Pentagon to carry out intelligence-gathering and smuggle shipments of military surveillance equipment into denied areas.