This week’s episode of Serial opened with the captivity of David Rohde — a journalist who was kidnapped in 2008... 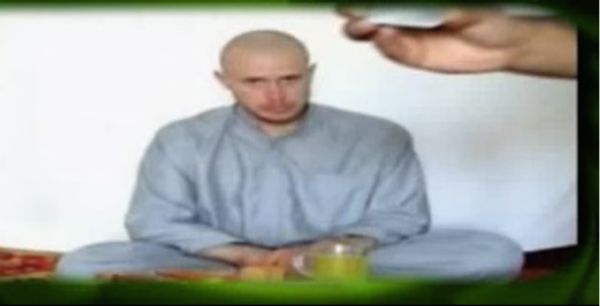 This week’s episode of Serial opened with the captivity of David Rohde — a journalist who was kidnapped in 2008 and held by the Haqqani network for seven months in North Waziristan.

Speaking to Serial host Sarah Koenig, Rohde describes the complicated web of relationships that tied the Haqqani network, Afghan Taliban, and Pakistani Taliban together, and how they interacted with the Pakistani government in 2008 and 2009, when he and Bergdahl were kidnapped.

“The Pakistani government allowed the Haqqanis and the Taliban to operate because they saw them as allies. They saw the Haqqanis as a force that could allow Pakistan to remain in de facto control of Afghanistan and stop India from taking over Afghanistan,” Rohde says.

Rohde’s insight offers listeners much-needed insight into why it was nearly impossible for the military to track down Bergdahl once he was taken over the border into Pakistan. He also provides perspective on Bergdahl’s captors, which, according to Koenig, he calls “an incredibly disciplined organized crime network.”

Related: Should we believe Bergdahl’s account of his attempted escape?

Rohde was captured along with two Afghans, including an interpreter, and therefore he had someone constantly translating for him, bridging the communication gap that Bergdahl faced in his own captivity. However, even with a translator, Rohde says there was “there was no kind of rational conversation.”

Rohde managed to escape his captors 10 days before Bergdahl was taken in 2009. According to Afghan reporter Sami Yousafzai, who’s contributed to much of the reporting in season two, following Rohde’s escape, there was a lot of infighting between the Taliban and the Haqqanis as they accused each other of letting Rohde escape.

Additionally, it seemed the Haqqanis would make sure it didn’t happen again with Bergdahl, which may explain why he was held under much harsher restrictions and completely isolated from anyone else, unlike Rohde. His captors also knew the difference in value between a journalist and a soldier.

Terrence Russell, an expert POW debriefer for the Pentagon’s Joint Personnel Recovery Agency, testified at Bergdahl’s Article 32 hearing, saying, “Sergeant Bergdahl’s experience — and I don’t know, sir, that I can give you a percentage — but his experience ranks at the same echelon of the most horrible conditions of captivity that we’ve seen in the last 60 years.” Russell cried as he gave this testimony earlier this year.

Koenig goes on to quote an unnamed defense official who told her, “if you could set aside the the circumstances of Bowe’s capture, which you can’t, but if you could, Bowe would a huge success story for the Army. This 23-year-old kid with no training manages not only to survive, but to resist as a POW. and most extraordinarily perhaps, he does it alone in isolation. There’s no one else in the recent history of the army with a story like that.”

The remainder of the podcast emphasizes how much Bergdahl’s captors were influenced by Guantanamo Bay and that influenced how they treated him. After his attempted escape, he was kept in a portable cage. He was tortured. Bergdahl describes being repeatedly pinned against a wall and slowly cut across the chest with a razor blade 60 to 70 cuts at a time. He says he believes he was tortured as a form of revenge against the United States, for the actions taken against prisoners in Guantanamo Bay and Bagram: “the waterboarding, the dogs, the isolation chambers, and all the food deprivation, the sleep deprivation… .” These are what his captors would talk about it, although it’s unclear how much of this conversation Bergdahl really understood since most of them did not speak English.

Overall the episode gives listeners the closest look at Bergdahl’s captors and their motivations for mistreating him that we may possibly get. It also paints a clear picture of the enemy that the United States has been fighting for more than 14 years, and the way Pakistan has complicated the war in Afghanistan through its relationship with the various sects of the Taliban and Haqqani network. And we’re reminded of the horrific conditions under which Bergdahl was kept for the last four remaining years of his captivity.

Next week’s preview hints that it will take a step away from Bergdahl’s personal story and examine what the United States was doing to try to get him back.

Check episode four of Serial at the podcast’s website and be sure to subscribe to Task & Purpose Radio, where we break down every episode week by week.