Sleep Deprivation Is An Epidemic We Can’t Afford To Ignore

Each year, the United States sustains up to $411 billion in economic losses due to sleep deprivation, according to new... 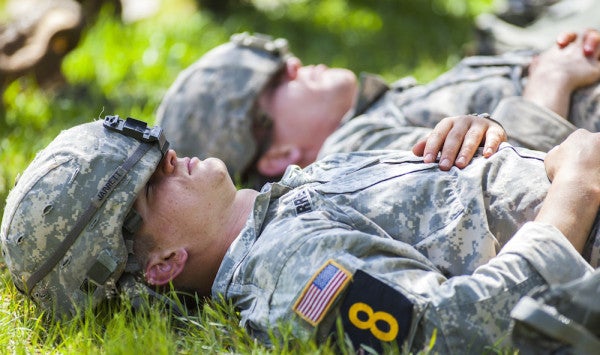 Each year, the United States sustains up to $411 billion in economic losses due to sleep deprivation, according to new study performed by RAND Corporation.

In fact, a recent Center for Disease Control study found more than one-third of American adults are not getting enough sleep on a regular basis. But insufficient sleep is not exclusively an American problem. Rather, it is the problem of major industrialized nations like the United Kingdom, Japan, Germany, and Canada as well — the five countries on which RAND based its study.

“This is alarming as insufficient sleep has been found to be associated with a range of negative health and social outcomes, including success at school and in the labour market,” the report reads. “Over the last few decades, for example, there has been growing evidence suggesting a strong association between short sleep duration and elevated mortality risks.”

But no group knows this quite like the military.

According to Dr. Vincent Mysliwiec, who was interviewed by Van Winkle’s earlier this year, the Army’s top sleep specialist at Fort Hood, Texas, “Insomnia is the signature illness of military service.”

As a result of the extreme working conditions associated with military service, in a separate report RAND also found earlier this year that “only 37 percent of servicemembers sleep the recommended seven to eight hours per night, and nearly half the sample had clinically significant poor sleep quality.”

Sleep deprivation in the military not only presents broader health complications for individual service members, it is also dangerous in combat situations and detrimental to mission readiness.

But in the military, sleep presents something of a paradox. Service members are told they need to sleep but must also be ready to fight at a moment’s notice. Unfortunately, the exhaustion associated with that level of vigilance means that readiness suffers.

In order to fix these problems across the board, the RAND report recommends that individuals set consistent wake-up times, limit the use of electronic items before sleep, and exercise. In addition, employers should consider their hours of operation carefully and create brighter workspaces, while public authorities need to support health professionals in providing sleep-related help and consider the introduction of later school start times.