When Should You Wear Camouflage In The Office? An Investigation

The wonderful thing about the U.S. military is that it’s everywhere, and not just in terms of global deployment. The... 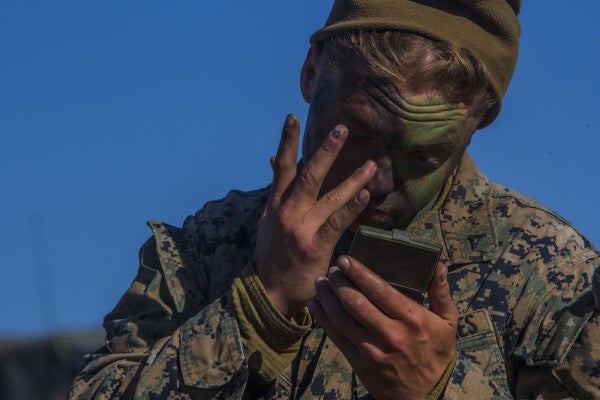 The wonderful thing about the U.S. military is that it’s everywhere, and not just in terms of global deployment. The armed forces have saturated popular culture for decades, from our favorite TV shows and movies to the latest video games, and that’s never been truer for the post-9/11 generation which came of age amid twin wars abroad.

But sometimes, civilians take things way too far, as with this ridiculous Bloomberg story about when it’s appropriate to wear camouflage in the office. First of all, this isn’t camouflage — this is an invitation to get your ass beat:

But more importantly, camouflage was invented to serve a purpose, not just to make you look cool. But if you insist on using camo to stand out rather than blend in, then to hell with the latest looks from Jane Carr and Ryan Seacrest Distinction (which, lol). we’ll tell you exactly when and where it’s appropriate to rock some sweet patterns.

Your office is downtown Mosul

But please, don’t forget to swap your fatigues for desert camo or a badass all-black uniform. Unless you’re Mattis, in which case, where whatever the fuck you want, including a backward flak jacket:

You have a meeting at 4, but have to kill ISIS at 6

No time for khakis, chief — I'm in the fucking zone:

You're flying coach, but dreaming of first class

A surprise upgrade is the best way to make a business trip more casual. But fair warning: All those found guilty of stolen valor will be beaten.

You're in the duck blind

To be fair, middle managers truly are the most dangerous game.

You're at your ex-girlfriend’s wedding

Yeah, a wedding is not an office, but making your would-be in-laws shit themselves by showing up (uninvited, we presume) in full combat gear counts as work.

Anything but this again: