Should We Believe Bergdahl’s Account Of His Attempted Escape?

On Dec. 24, the podcast Serial released the latest episode of its second season, which is focused on the disappearance... 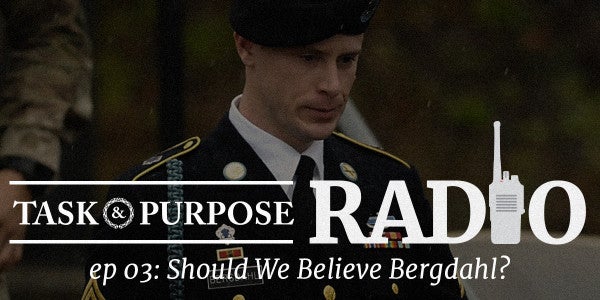 On Dec. 24, the podcast Serial released the latest episode of its second season, which is focused on the disappearance of Bowe Bergdahl and the implications of his decision to walk off his Afghan outpost in 2009.

In episode three, host Sarah Koenig dives into the first year of Bergdahl’s captivity under the Taliban in North Waziristan. Through phone interviews conducted by screenwriter Mark Boal — the screenwriter of “The Hurt Locker” and Zero Dark Thirty” — Bergdahl details his brutal treatment as well as his failed efforts to escape. Koenig also examines the propaganda videos that Bergdahl was forced to make and whether he broke the military’s code of conduct by participating in them.

Weirick provides historical insight into the military’s code of conduct on how to behave if captured, Nate explains how the Army failed to control the strange rumors circulating about Bergdahl while he was a prisoner, and Lauren seeks more skepticism from Serial as they lay out Bergdahl’s personal account.

If you haven’t done so already, download episode three, “Should We Believe Bergdahl?,” on iTunes. Make sure you subscribe so you never miss an episode.

You can also listen to the podcast on Soundcloud below, or access it on iTunes.

Leave us a review and let us know what you think of Task & Purpose Radio.