In a group email, performers and staff of the popular Army Soldier Show were notified that the production has been... 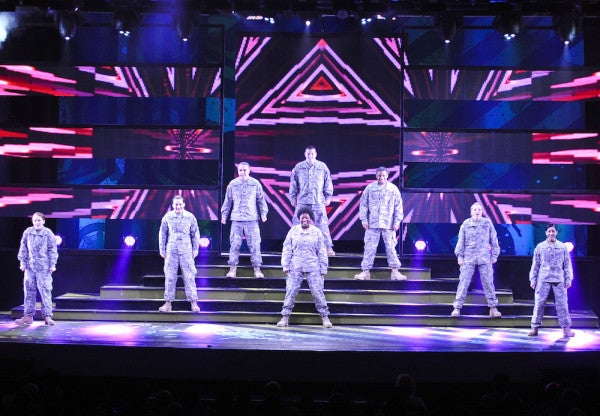 In a group email, performers and staff of the popular Army Soldier Show were notified that the production has been canceled.

Auditions for the show were held Dec. 18, 2015, at Joint Base San Antonio, and 25 soldiers participated. The tour was set to begin in early February.

Performers had expected to hear back about whether or not they would be touring in early January. Instead, they received notice from Army Installation Management Command saying the tour had been “cancelled effective immediately.”

Read More: The fate of Tops in Blue is in jeopardy.

The show, which featured active-duty, Reserve and National Guard personnel performing broadway-style shows, has been touring since 1983.

It is unclear why the Army canceled the show or for how long. Task & Purpose reached out for comment, but had not received a response at the time of publishing.

According to Army Times, Rob Dozier, spokesman for Army Installation Management Command, would not answer questions and said there was no official statement about the decision.

The Army, however, is not the only service to cut performances.

Late in 2015, the Air Force ceased funding the song-and-dance troupe known as “Tops in Blue.” The reasoning for its cancellation, however, came from survey results conducted by the Air Force’s Airmen Powered by Innovation program.

The program’s recommendations to cancel Tops in Blue resulted from desire to eliminate unnecessary costs associated with the troupe. In addition, Air Force Times released a report about a number of significant concerns as a result of an internal investigation about the band’s 2012 tour.

The report found the Tops in Blue had experienced truck wrecks, including a tipped-over tractor trailer, allegations of toxic leadership, and continuous issues with sexual harassment.

For the Army, however, the decision to cancel the soldier show is surprising considering it is not funded with taxpayer dollars, but through non-appropriated funds generated by the Morale, Welfare and Recreation business programs, and private sponsorships. Additionally, there have been no prior reports of personnel problems as was with Tops in Blue.