Before newly minted Marines even reach the fleet, they spend months being inundated with knowledge and transformed from soft civilians... 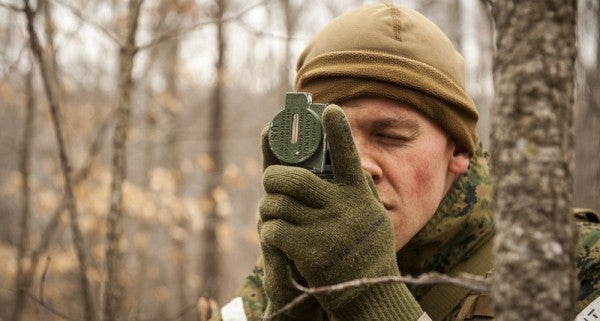 Before newly minted Marines even reach the fleet, they spend months being inundated with knowledge and transformed from soft civilians to napalm-pissing, high-and-tight-rocking warfighters, ready to shove their combat boot up the ass of America’s enemies. (At least, that’s how they see themselves on leave. Everyone else just sees a dumb boot.)

But in the years after boot camp and the School of Infantry or Marine Combat Training, those skills can start to fade.

That’s why the Corps is launching an annual Battle Skills Test beginning in January. First reported by Marine Corps Times, Marines will be evaluated on 30 out of the 178 common skills they learn early on in their careers, according to MARADMIN 693/17, which published Dec. 22.

All Marines — from the bootest of boots to the commandant — will have to pass the skills test each year. And you know what that means?

Land nav, along with a host of other specific tasks, broken into the following categories: basic infantry skills, communications, first aid, history, leadership, and the Uniform Code of Military Justice.

The individual tests will hit on everything from how to perform actions with a service rifle (butter, butter, jam!); search and handle detainees; stand a post; and yeah, read a map and use a compass. Oh, but there’s more — remember, MCT, SOI, and boot camp covered a lot. Marines will have to operate a radio, know the difference between what a hand signal means and what it looks like it means, know their way around a tourniquet and how to triage and treat a casualty. The test will also touch on more conceptual rather than technical areas of training like leadership, the service’s mission, its history, the stressors of combat, and the rights of military personnel under the Uniform Code of Military Justice.

Designed to be taken in any clime and place — sorry, no ducking this because of a PCS — the test requires minimal equipment, can be administered at any time in 2018 by a unit commander, and can be broken into separate sections spread out over an extended period of time, or in a solid block over a set number of days. Marines are required to take and pass the skills test annually, but because all of the subjects covered were taught during initial training, it’s more of a refresher, and one that’ll hopefully get easier each year — which is the whole point — rather than a test Marines have to cram for.

“It is imperative today, as it has been throughout the Corps history, for all Marines, regardless of MOS or rank, to sustain these skills,” reads the MARADMIN.

That said, the Corps may want to consider adding a few unofficial but nonetheless mission-essential skills to its annual test: Skating 101, how pack the perfect dip, and how to use swear words like punctuation.