Following the opening of all jobs to women in the military in January, the Marine Corps has implemented a number... 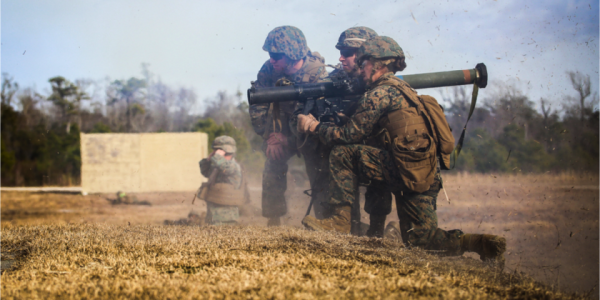 Following the opening of all jobs to women in the military in January, the Marine Corps has implemented a number of new requirements for male and female Marines seeking jobs in combat arms fields such as infantry and artillery.

These changes don’t just affect those in combat arms military occupational specialties, the standards also impact Marines in non-combat arms jobs such as supply or administration who will be assigned to units with strenuous physical demands, referred to as load-bearing units.

Related: Why I Changed My Mind About Women In Combat Arms Units »

The Marine Corps standards are based on a four-part process involving screening, classification, qualification, and continuation.

It is important to note that these new standards only determine whether or not a Marine can serve in a specific combat arms job, or load-bearing unit. Standards for annual training like the Marine Corps’ physical fitness test, PFT, and combat fitness test, CFT, remain the same, which means different requirements for male and female Marines.

Headquarters Marine Corps shed some light on what new these job-specific standards are and how they’re implemented.

First, you have to pass the screening.

The screening portioning occurs before someone enlists in the Marine Corps.

Prior to joining, prospective Marine recruits must pass an initial strength test, but for those wishing to enter combat arms, there’s a new gender-neutral test.

“Now, say you want to be infantry, so now you want to take the enhanced IST,” explains Capt. Philip Kulczewski, a Marine Corps spokesman with Headquarters Marine Corps. “It’s all about the physical performance for those types of jobs.”

However, for those not entering a combat-oriented job, the initial strength test remains unchanged and has separate minimum requirements for men and women.

Men are required to perform two pullups, and women must hold a flexed-arm hang for at least 12 seconds. Both must complete a 1.5-mile run; men in 13 minutes and 30 seconds, and women within 15 minutes. Both men and women must also do 44 crunches within two minutes.

Next comes the MOS classification standard.

While at recruit training, after having passed the initial strength test for combat-oriented jobs, recruits must meet a new standard to ensure they are prepared for the rigorous physical training at their MOS school.

Called the MOS classification standard, it requires those going into combat arms meet a specific minimum standard on the PFT and CFT.

Male and female recruits going into combat arms jobs must complete six pullups; a three-mile run in under 24 minutes and 51 seconds; perform 60 ammo-can lifts in two minutes; conduct a movement to contact in 3 minutes and 26 seconds or less; and maneuver under fire within 3 minutes and 12 seconds.

If a recruit fails to meet the MOS classification standard, they will be put into another MOS for which they are physically qualified.

After graduating boot camp, the new Marines will move on to their MOS schools, and for those in combat arms, they will be required to meet another series of standards and tests directly related to their field.

What exactly are the requirements?

These MOS-specific physical standards differ from job to job, and are gender-neutral, meaning male and female Marines must meet the same standards in order to move on to their field.

“If you’re in the infantry, they’re putting on heavy gear and physically seeking out the enemy every single day,” said Kulczewski. “PFT scores and how physically fit you are really relates to how successful you’re going to be in that job. That’s really physical, vice the ones that are very technical.”

Here’s a breakdown of some of the requirements for those in the infantry, indicated by the first two letters of the MOS code: 03XX. A more detailed layout of these standards can be found in the Marine Corps’ gender-integration implementation plan.

A screenshot of the Marine Corps gender-integration implementation plan showing the requirements for a job in Marine Corps infantry, those marked by 03–.

“These standards are specific to an MOS,” said Kulczewski. “So if I’m LAV, 0313, I have to be able to lift a towbar … Towbars are huge, so two Marines have to lift a 300-pound towbar and if you can’t do this, you can’t have that MOS.”

What happens if you meet the standards for your job?

Marines in combat arms jobs must continue to operate, train, and perform at this same level. Additionally, their scores on the CFT and PFT are used to determine what unit they will be assigned to.

This applies to those outside of combat arms jobs seeking to join a load-bearing unit like infantry, reconnaissance, or light armored reconnaissance where a premium is placed on a high level of physical fitness.

A screenshot of the Marine Corps gender-integration implementation plan shows the requirements to serve in a load-bearing unit.

So, if you’re a PT stud and you meet those standards, then you may find your way into a combat arms unit. If you don’t meet the physical standards determined by the Marine Corps, then you won’t.