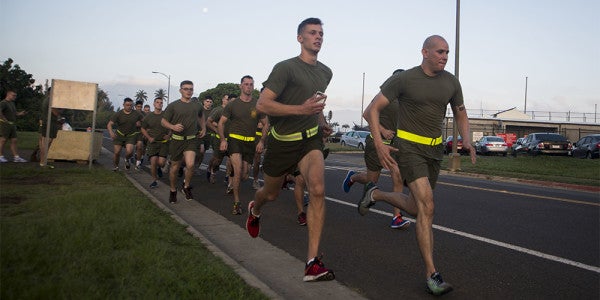 The preliminary data cited here, obtained by Task & Purpose through a Freedom of Information Act Request, is limited to Marines ages 17 to 39 — while a full age range was supplied to T&P;, the sample sizes for Marines over 40 were too small to be a reliable indicator of emerging trends. The 2017 data is a partial set based on the scores of 46,668 male and 2,990 female Marines between the ages of 17 and 26, plus 12,561 male and 648 female Marines between 27 and 39, who took the annual test between January and April this year.