U.S. Secretary of State Mike Pompeo is bringing along a letter from President Donald Trump and a compact disc with... 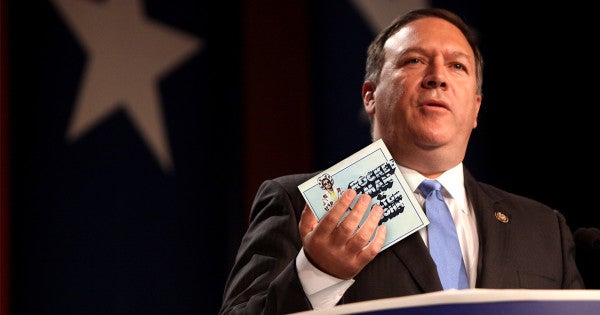 U.S. Secretary of State Mike Pompeo is bringing along a letter from President Donald Trump and a compact disc with Elton John's hit song “Rocket Man” to give to Kim Jong Un, according to a report in South Korea's Chosun Ilbo.

Citing “sources in Washington,” the paper said Trump signed the CD with a message for Kim, since the song came up in conversation during their summit last month.

During that conversation, Kim brought up the fact that Trump repeatedly called him “little rocket man” over the past year, but did not get the reference. Trump asked if he knew the song, released in 1972, which Kim had never heard.

So Trump told Pompeo to bring the CD along with him, according to the paper.

Besides the chances of having an Elton John sing-a-long, Pompeo has plenty of work ahead of him. Trump and Kim's historic summit produced a handshake and a signed agreement between the two countries but offered little specifics for how the North would go along with the “complete denuclearization” goal the U.S. has set.