No, this isn't a Duffel Blog article. Terrorist group al-Shabab has banned single-use plastic bags in areas of Somalia it... 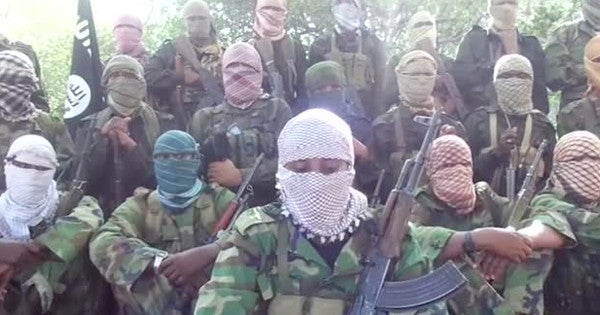 No, this isn't a Duffel Blog article.

Terrorist group al-Shabab has banned single-use plastic bags in areas of Somalia it controls, citing the “serious threat” they pose to the “well-being of both humans and animals,” according to the BBC.

The ban on evil plastic shopping bags came through a statement on a pro-Shabab website. It didn't mention the punishment for violating the edict, but, as the BBC notes, the group’s orders are usually followed, due to its whole cutting-off-body-parts thing.

Still, I should note just how progressive this move is. For example, jihadists in California in 2014 proposed charging people 10 cents at the register if they didn't bring their own reusable bags, but that law clearly didn't go far enough, as al-Shabab has demonstrated.