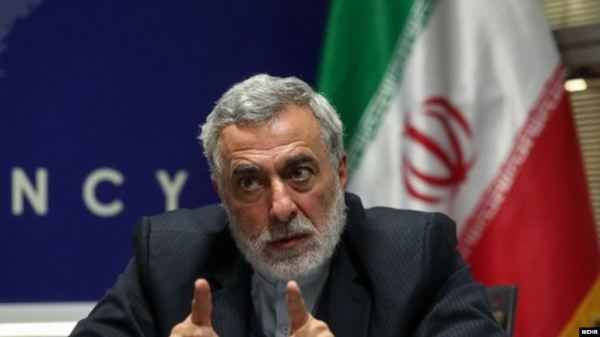 Iran says the death toll from the new coronavirus has risen to 124 in the Islamic republic, including a former deputy foreign minister who reportedly died after being infected with the virus.

Health Ministry spokesman Kianoush Jahanpur said on March 6 that 17 people had died over the previous 24 hours, while more than 1,000 new cases were diagnosed as positive for the virus.

Hossein Sheikholeslam, an adviser to Iran's foreign minister who took part in the U.S. Embassy hostage crisis, died late on March 5 of the COVID-19 illness caused by the virus, the official government news agency IRNA reported.

Sheikholeslam served as a deputy foreign minister in the 1980s and later as an ambassador to Syria, as well as an adviser to Foreign Minister Mohammad Javad Zarif.

Sheikholeslam was also one of the students who stormed the U.S. Embassy in Tehran in 1979 and took 52 Americans hostage, which prompted Washington to sever ties with Iran.

The coronavirus has claimed the lives of several other Iranian officials, including an adviser to Supreme Leader Ayatollah Ali Khamenei and a former envoy to the Vatican.

A number of other officials have tested positive to the virus, including Vice President Masumeh Ebtekar, Deputy Health Minister Iraj Harirchi, and more than 20 parliament deputies.

The semiofficial ISNA news agency reported on March 5 that newly elected conservative lawmaker Fatemeh Rahbar was in a coma after being infected with the virus.

Iran has closed schools, universities, and Friday Prayers in major provincial capitals while calling on people to avoid public gatherings and stay home.

Officials have also announced that checkpoints will be put in place to limit travel between major cities, hoping to stem the spread of the virus.

Speaking on March 6, Jahanpur called on Iranians to stop traveling to tourist cities and provinces, including Isfahan, Gilan, Mazandaran, and the southern provinces.

“We are seeing a much more all-of-government approach…with a national action plan now, with 100,000 workers committed to this plan,” Ryan said.

Meanwhile, world health officials are warning countries to take the coronavirus outbreak more seriously as it gathers pace in Europe and North America.

The Netherlands and the Vatican both reported their first confirmed cases of the virus on March 6 with the number of cases worldwide nearing 100,000, a level expected to be breached later in the day.

The outbreak, which originated in China before spreading to more than 85 countries and counting, has claimed over 3,300 lives. Iran and Italy have the highest death tolls outside of China.

“This is not a drill,” World Health Organization chief Tedros Adhanom Ghebreyesus told reporters, calling for “aggressive preparedness” to combat the spread of the virus.

While governments scramble to contain the outbreak, businesses are girding for the worst.

Some major economies, including the United States, have cut interest rates and pledged billions of dollars to fight the epidemic, but the moves are failing to quell fears of a widening human and economic toll.

European stock markets on March 6 continued to fall on the heels of a bad day in Asian markets, highlighted by share indices in Tokyo easing to six-month lows.

The Asian Development Bank said on March 6 that global economic losses from the outbreak could reach $347 billion, two-thirds of which would occur in China.

In the United States, four new states recorded their first cases of the virus, including Colorado, Maryland, Tennessee, and Texas.

The number of reported cases of the coronavirus has risen to 230, with 12 deaths reported.

The crisis has prompted major employers in the northwest such as Google, Facebook, Amazon, and Microsoft to advise employees to work from home. The recommendation will affect more than 100,000 people in the area alone.

The U.S. Senate on March 5 passed a $8.3 billion bill to combat the outbreak.