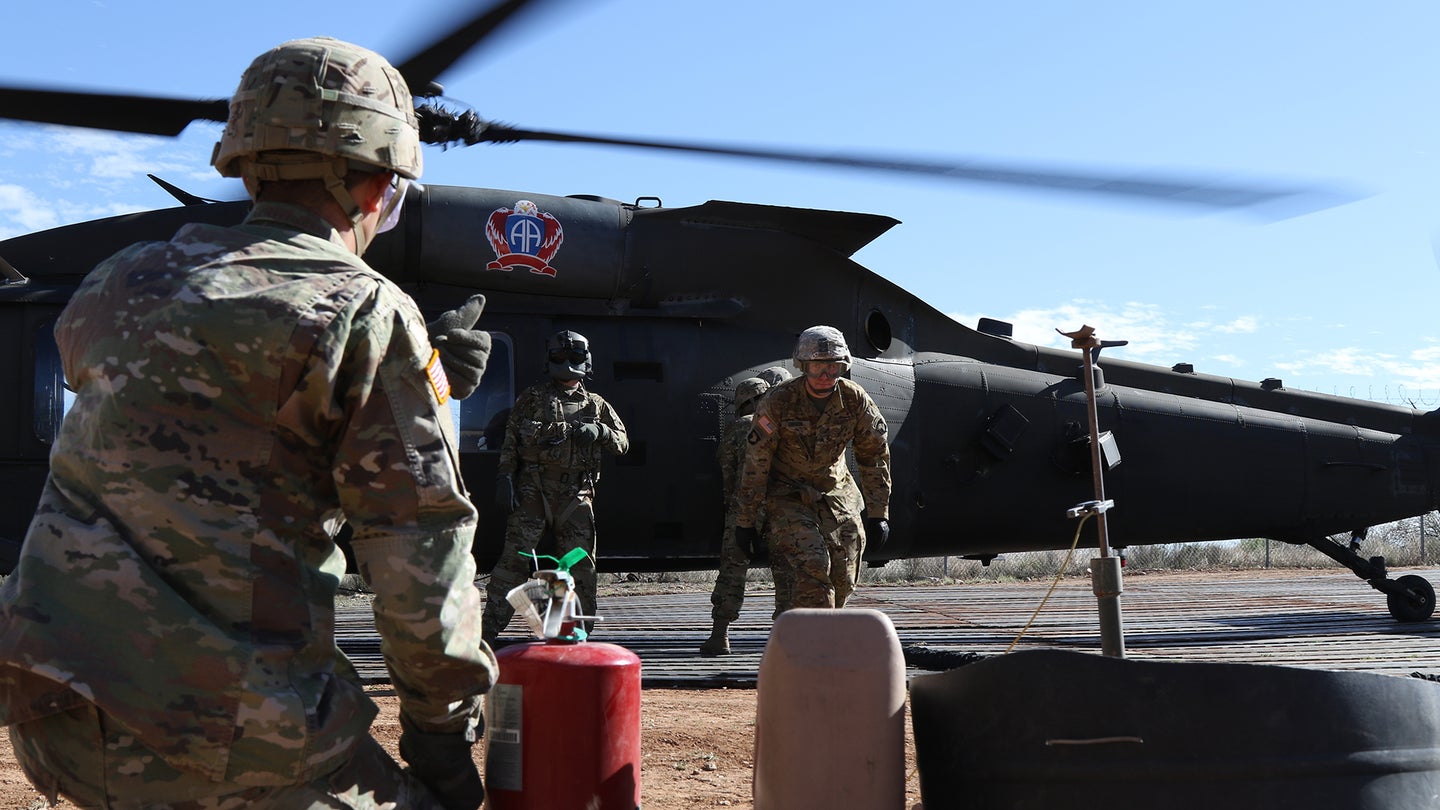 There seems to be no exit strategy for U.S. troops on the border, as evidenced by the fact that the Department of Homeland Security has once again asked for service members to continue helping the border patrol beyond September.

Pentagon spokesman John Kirby told reporters on Wednesday that defense officials are “assessing” the latest request to extend the military’s border mission, but he declined to say how many service members DHS has asked for or if active-duty troops could take part in a future deployment.

When Task & Purpose asked Kirby when the U.S. military’s support to civil authorities on the southern border may finally end, he said defense officials needed to first look at the most recent appeal for troops to stay on the border before discussing how much longer the mission could last.

“I think we’ll be in a better position to try to answer your question once we’ve finished the analysis of that request and made a decision,” Kirby said.

This is the latest request from DHS to extend the military’s mission on the southern border, which began in October 2018 after then-President Donald Trump claimed that a human caravan that included “criminals and unknown Middle Easterners” was charging through Central America toward the United States. Trump has long called for the U.S. government to crack down on illegal immigration, which became a rallying cry for his supporters.

Army Lt. Gen. Jeffrey Buchanan, who led U.S. Army North at the time, told Politico the following month that the military’s presence on the southern border was not expected to last beyond mid-December. The fact that the border mission has been extended several times since then underscores the fact that predictions of American troops being home by Christmas always turn out to be wrong.

One of President Joe Biden’s first actions after taking office was to order the Pentagon to stop using money for military construction projects and counter-narcotics funds to fund Trump’s unfinished border wall, but Biden did not recall any of the service members deployed to the U.S./Mexico border.

Separately, about 2,149 Guardsmen remain in Washington, D.C., more than four months after Biden’s Jan. 20 inauguration, but that mission is expected to end on May 23 and the Defense Department has not received requests to extend it, Mitchell said.

Roughly 26,000 members of the National Guard were dispatched to the nation’s capital following the Jan. 6 Capitol riots. At the request of the U.S. Capitol Police, Defense Secretary Lloyd Austin agreed in March to keep a smaller force of Guardsmen in the city for two extra months.

If the last troops depart the capital region in the coming days, it could mark a turning point in the non-stop National Guard deployments that began last spring amid the novel coronavirus (COVID-19) pandemic and protests against police brutality following the death of George Floyd.

It would also raise questions about why the United States needs to keep troops deployed to its southern border but not in Washington, D.C. – is the nation’s capital less important than the southwestern states?

There is a plausible explanation for why the military’s mission to the southern border continues is simple: Politics. Republicans have blamed Biden for an increase of migrants that have tried to make it to the United States this year, especially unaccompanied children.

During Biden’s first White House press conference in March, a reporter said she had spoken with a mother in Honduras who said she sent her 9-year-old son to walk to the United States alone because she believed Biden would not deport him.

But Biden pushed back, saying that the boy’s mother did not think: “I’m going to send him on a thousand-mile journey across the desert and up to the United States because I know Joe Biden is a nice guy and he’ll take care of him.”

For Biden, the spike of migrants trying to reach safety in the United States is a political liability with the potential of becoming an issue in next year’s midterm elections.

And with all U.S. troops expected to leave Afghanistan by September, the southern border mission could become the next Forever War.