The Sikh Coalition has a few lingering questions for the Navy, which approved the uncovered wearing of a range of articles of faith on March 16 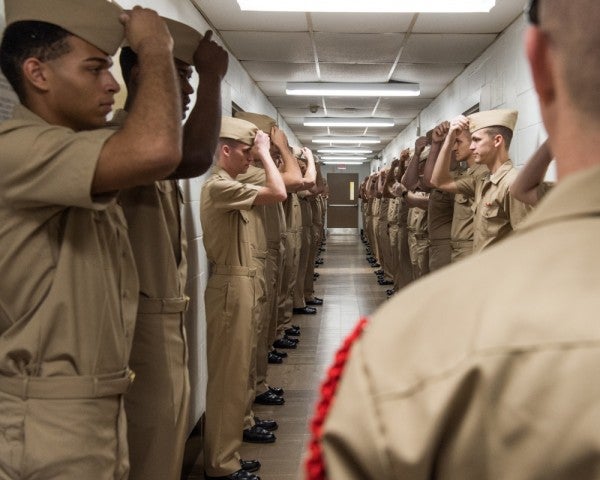 The Navy last week became the third branch of the U.S. military to approve the wearing of unconcealed beards, turbans, hijabs, kufis, yarmulkes, unshorn hair and other articles of faith for religious reasons.

The policy change, which went into effect on March 16, formalizes a process where sailors apply for religious accommodation waivers that allow them to wear unconcealed articles of faith.

Under the new policy, sailors who request an accommodation must interview with a chaplain, who assesses whether the sailor's beliefs are “sincerely held,” the policy says. The chaplain then forwards an evaluation on to the sailor's captain or immediate superior in command, who must also consult a judge advocate about the request. Depending on the type of request, the Chief of Naval Personnel must also approve the accommodation.

The Sikh Coalition, the largest Sikh American civil rights organization in the country, praised the Navy for the new policy. However, they said it falls short in that it does not outline specific situations where, due to legitimate safety concerns, sailors would not be able to wear religious headwear, beards or unshorn hair.

That's a problem, the coalition's staff attorney told Task & Purpose, because it could lead to inconsistent application of the new policy across the Navy, and could impact how broadly the Navy is actually open to observant Sikhs wearing articles of faith.

“We understand the military has limitations for health and safety purposes,” said the attorney, Giselle Klapper. “The concern is that, with how the policy is written now, it's not yet clear to us how broadly those restrictions could be implemented in practice and whether they are indeed limited to specific safety circumstances.”

The devil is in the details

The new policy resembles those of the Air Force and the Army, which updated regulations around religious headwear and grooming in February 2020 and January 2017, respectively.

However, unlike the Army and Air Force policies, the Navy policy lacks details on situations where accommodations might be revoked due to safety concerns, Klapper said.

The Air Force, for example, said a safety concern might include going within 25 feet of an operating aircraft, in which case a commander could order the removal of a turban, hijab or facial hair.

Klapper said that specificity, and the Air Force's estimate of which jobs are often involved in such situations, provides clarity on what the branch considers a safety concern in regards to articles of faith. The details also help the Sikh Coalition advise Sikh service members on how they might pursue an accommodation.

“We have positively communicated with Navy leadership in the past,” Klapper said. “What we’re looking for now is more clarity to make sure any restrictions placed on articles of faith are actually limited to specific safety considerations. At the end of the day it’s so we can advise observant Sikhs who come to us for help on this.”

The coalition said in a statement that it will be “continuing our conversations with Navy leadership to ensure that observant Sikhs have true equality of opportunity in pursuing careers in the Navy.”

The Sikh Coalition has a lot of experience working with the military on this issue. The Army and Air Force policy changes came in part due to the efforts of the Coalition and their pro bono co-counsel at McDermott Will & Emery, the group said.

The two groups have helped 20 Sikh soldiers and airmen secure accommodations, and 60 Sikh Americans in the U.S. military in total.