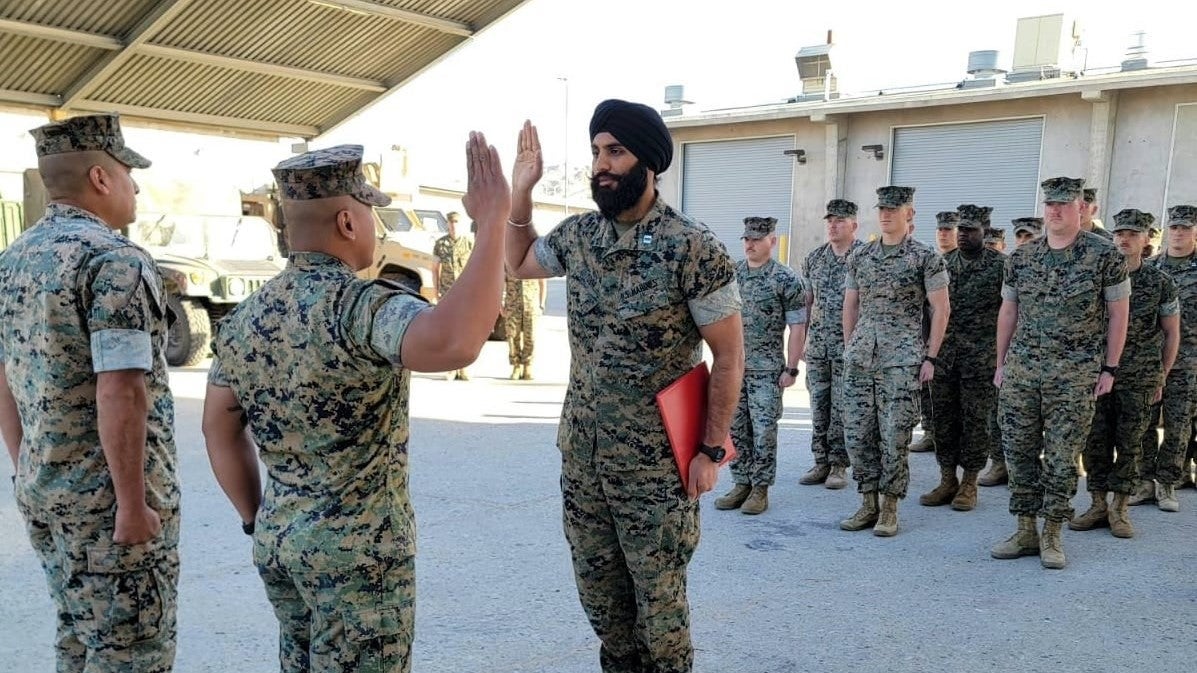 Two Sikh men can keep their beards when they enlist in the Marine Corps, according to a federal appeals court.

Jaskirat Singh and Milaap Singh Chahal are cleared to attend Marine Corps boot camp, per a Dec. 23 ruling from an appeals court in Washington, D.C. Three judges granted a preliminary injunction in the case.

Singh and Singh Chahal along with Aekash Singh, filed a lawsuit in April 2022, arguing they faced an “unconstitutional choice” to go against their faith to serve. They all passed the Armed Services Vocational Battery test in 2021 and requested waivers from the Marine Corps that would allow them to avoid having their hair and beards shaved. They also requested permission to wear turbans and bracelets under the Sikh faith. The Marine Corps allows Sikhs to wear beards on religious grounds when not in combat zones, however, there are restrictions in place for the 13-week boot camp. The Marines told the men they needed to shave their face and hair to attend boot camp, citing a “need for uniformity.”

“The Corps has agreed to accommodate Plaintiffs’ religious commitments (with some limitations not relevant here) after each of them finishes basic training,” Judge Patricia A. Millett wrote in the court’s decision. “But it will brook no exception for the Sikh faith during those initial thirteen weeks of boot camp.”

The appellate judges sent Aekash Singh’s case back to federal court for reconsideration; he is seeking to enter Officer Candidate School.

The Marine Corps is one of the last branches to not allow religious exemptions for Sikhs in basic training. In November, three retired generals and a former Secretary of the Army filed an amicus brief in the case, urging the Marine Corps to allow these religious exemptions. They argued that other service branches showed there was no risk of performance issues when letting Sikh recruits keep their beards. “The lesson is clear: religious accommodations allow talented individuals to fill crucial military needs,” they wrote in the brief.

“With this injunction and remand of the District Court’s decision, our clients are finally out of the ‘legal limbo’ that has barred them from their careers of service for more than two years,” Giselle Klapper, a lawyer for the men and Senior Staff Attorney at the Sikh Coalition, said in a statement following the court’s ruling. “The simple truth is that articles of faith pose no barrier to effective job performance — not in the USMC, nor anywhere else across the public and private sectors.”

Marine Corps Capt. Sukhbir Singh Toor joined the three men in the lawsuit in April. An artillery officer, Toor argued that the rule against beards and other religious effects in combat zones was “a career differentiator for a Field Artillery Officer.” His case is still pending.