"[T]hey didn’t do the bare minimum of at least making sure there were MREs there." 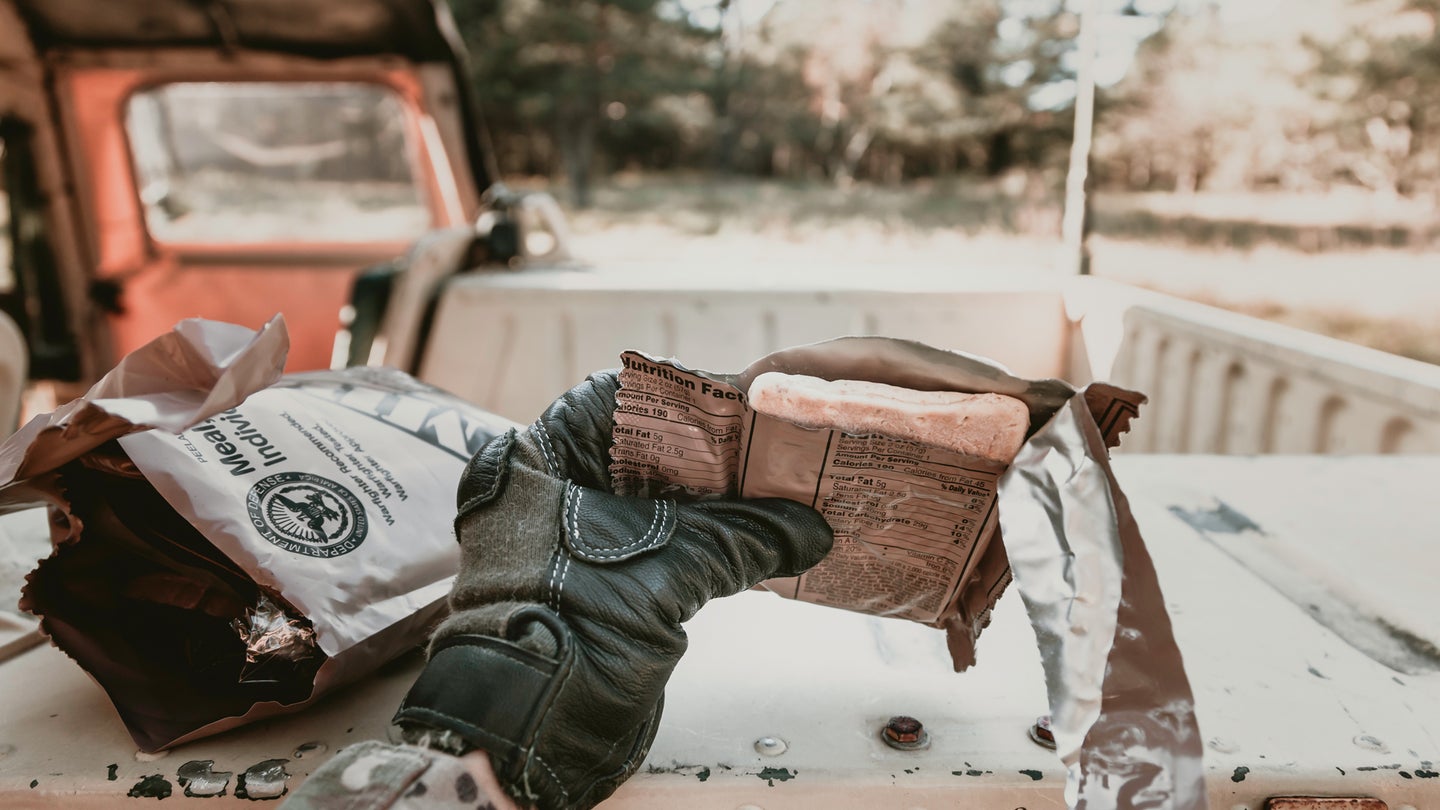 A pregnant National Guard soldier who was sleeping at her battalion’s armory while her unit was out conducting annual training was left without food or transportation for days, Task & Purpose has learned.

The soldier, Spc. Ariana Prater, couldn’t go into the field to conduct training because she was pregnant. Her husband, an active duty soldier at Joint Base Lewis McChord, told Task & Purpose that her lieutenant originally said she’d be able to complete her training by working at home because she’d been on active duty orders for several months this year. But the day before everyone left for training in Yakima, Washington, her platoon sergeant told her she’d need to come work at the armory while they were gone.

Because Ariana doesn’t have a car, her husband Sgt. Ryan Prater said he drove her to the armory, the Lane County Armed Forces Reserve Center, last Sunday morning. Once he got home, she informed him that she hadn’t been left any MREs — military rations — or any way to leave the armory for food.

“The issue isn’t that … she was sleeping in the armory or being made to do a layout or whatever,” Ryan said. “It was that they didn’t do the bare minimum of at least making sure there were MREs there for her to eat, or any food at all, or arrange a way for her to get food.”

Ariana declined to be interviewed for this article.

Maj. Stephen Bomar, a spokesman for the Oregon Military Department, was uncertain on how much food the soldier had when asked on Friday but told Task & Purpose “we believe the soldier had access to two MRE’s (each MRE is roughly 2,000 calories) during this short period, in addition to having access to local restaurants and convenience stores that both deliver and are within local distance to the armory.”

“However,” he said. “This issue is formally under investigation at this time. This will provide [the] command with a full picture of what occurred. The investigating officer will provide results and recommendations as needed.”

The issue first came to light in an Instagram post last week which was later deleted saying that a soldier with the 41st Infantry Brigade Combat Team was told to stay in the armory after informing her leadership that she was pregnant before annual training.

Lt. Col. Pete Wood, commander of the 2nd Battalion, 162nd Infantry Regiment, 41st Infantry Brigade Combat Team, said last week he learned on June 16 that a soldier was “living or staying at the armory” while the battalion was out conducting annual training, which had started on June 13.

Wood said he “immediately took action,” and ordered her out of the armory. She was back home around 1 a.m. on Thursday morning, he said. Although Wood was still determining exactly what happened, he said his company leaders “had the right intentions” but “had a little bit of a miscommunication on what they thought was the right thing to do.”

Indeed, Ryan said his wife’s platoon leader “made a plan” with her that she would work from home during training because she’d been on active duty orders for several months this year assisting with the vaccine rollout in Oregon.

But on the Saturday before training started, Ariana’s platoon sergeant called her and told her she’d be coming into the armory, roughly two hours from her home, to do training there instead.

“We assumed they had arrangements made, because they know she doesn’t own a car because she uses the Oregon transit system,” Ryan said.

So on Sunday he drove her to the armory and when he got back home, Ariana told him she’d been told to go into the arms room and sign out weapons all day. She said they hadn’t left any MREs for her, and there was nowhere to sleep other than a couch.

“I was like, you know, it’s the first day, maybe there was some miscommunication, maybe you’ll be getting MREs the next day or whatever,” Ryan recalled of their conversation. “She was like ‘Well, I found two MREs in the locker room after everyone left.’ So they didn’t even leave anything for her to begin with, nothing at all. She found the MREs.”

Ryan said Ariana was given the number of a non-commissioned officer who was supposed to be checking in on her every day. When she called him on Monday and mentioned that she hadn’t been left any food, the NCO told her they’d “figure something out” and would call the platoon sergeant. By Wednesday, nothing had been done.

While Wood said he believed she’d left and gone home one or two days while she was at the armory, Ryan said that’s “not true at all.”

“She didn’t have the option to leave any night, she was stuck there,” Ryan said, adding that she was left eating vending machine food without more MREs for the days she was there.

Wood emphasized last week that the chain of command “cares about our soldiers and we want to make sure our soldiers are taken care of.”

“I know it probably didn’t appear that way in the social media post,” he said. “But we truly do care about our soldiers and care about their well-being, and want what’s best for them.”